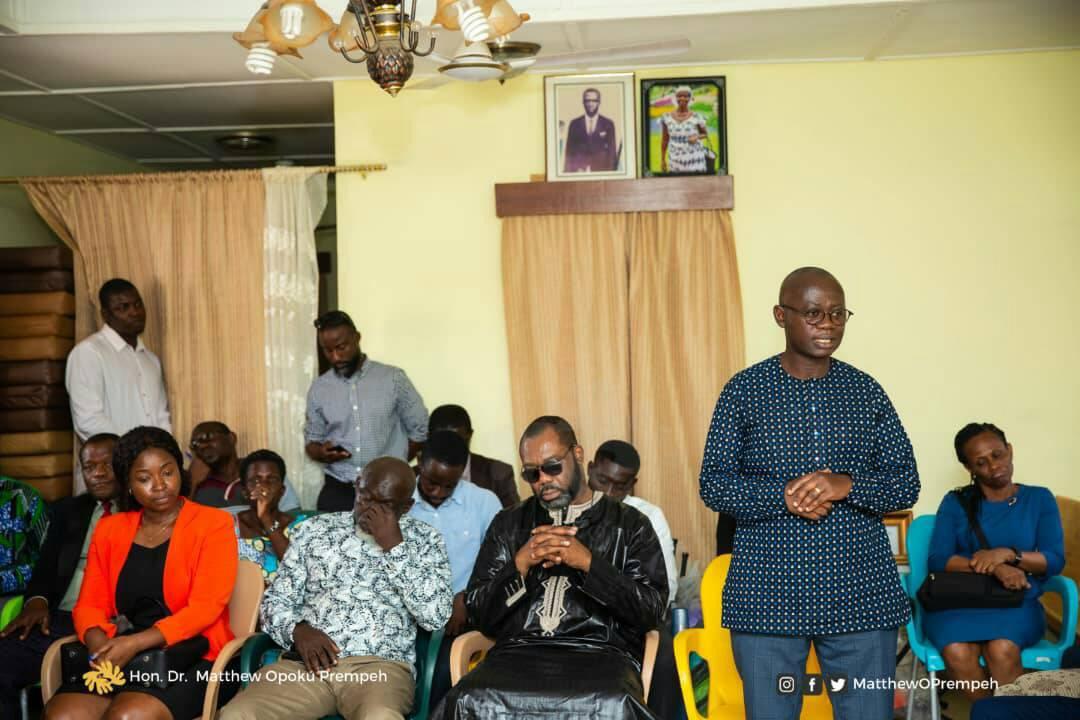 The Minister of Education, Hon Mathew Opoku Prempeh  on Monday led a delegation to visit the family of the late teacher, George Somuah who was callously murdered by some social miscreants at Asiakwa in the Eastern Region.

After commiserating with the bereaved family, the team interacted with the aggrieved teachers who have laid down their tools over the incident and appealed to them to return to the classroom as early as possible so that the BECE candidates will not be unduly punished.

The teachers were also admonished to take part of the GES/SIC life group insurance for unforeseen circumstances such as resulted in the the passing of Mr Somuah.

The Minister and Director General of GES, Professor Kwasi Opoku Amankwa pledged their support to the family and police to ensure justice prevail.