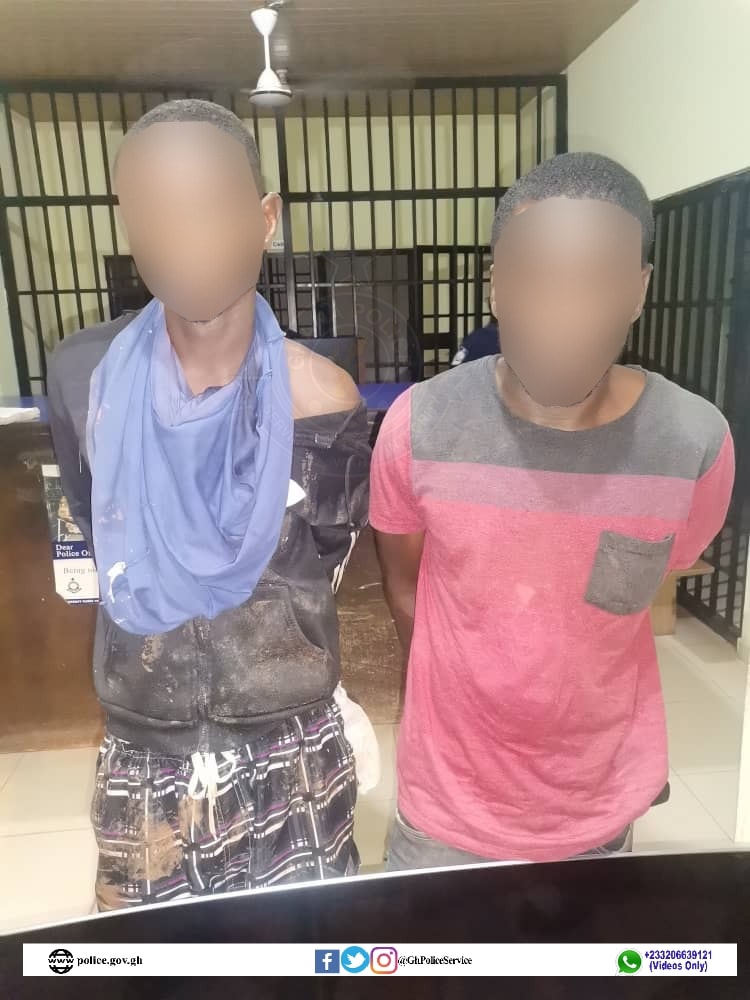 Two members of a robbery gang that has been terrorizing residents of East Legon Hills in Accra in recent times have been arrested.

They were arrested when they staged an armed robbery operation at the CPL Estate, around the Redrow Phase 2 towards Lakeside Estate.
The Accra Regional police patrol team together with the Lakeside patrol collaborated to arrest them.
The police have given their names as Samuel Agyei and Sumaila Mahama.
There has been at least three robbery incidents in the area in the last three weeks, with victims from CPL, Redrow Estate Phase 2 and Communication Hills Estate.
The two suspects are currently in police custody being prepared for court.
A police statement signed and issued by the Director-General of Police Public Affairs, ACP Kwesi Ofori explained that the two were arrested following a distress call received by the police patrol team that some unknown men had invaded the neighbourhood at CPL East at East Legon Hills on Sunday dawn.
“The police rushed to the scene and with support from some of the residents, managed to arrest the two suspects,” the statement added.
On the spot search conducted on the men led to the retrieval of a 75-inch curved television set, an iPhone 12 pro max, one Tecno smartphone and a revolver pistol with four rounds of ammunition. The team also found a KIA Morning saloon car which the suspects had parked at the roadside to convey the booty. 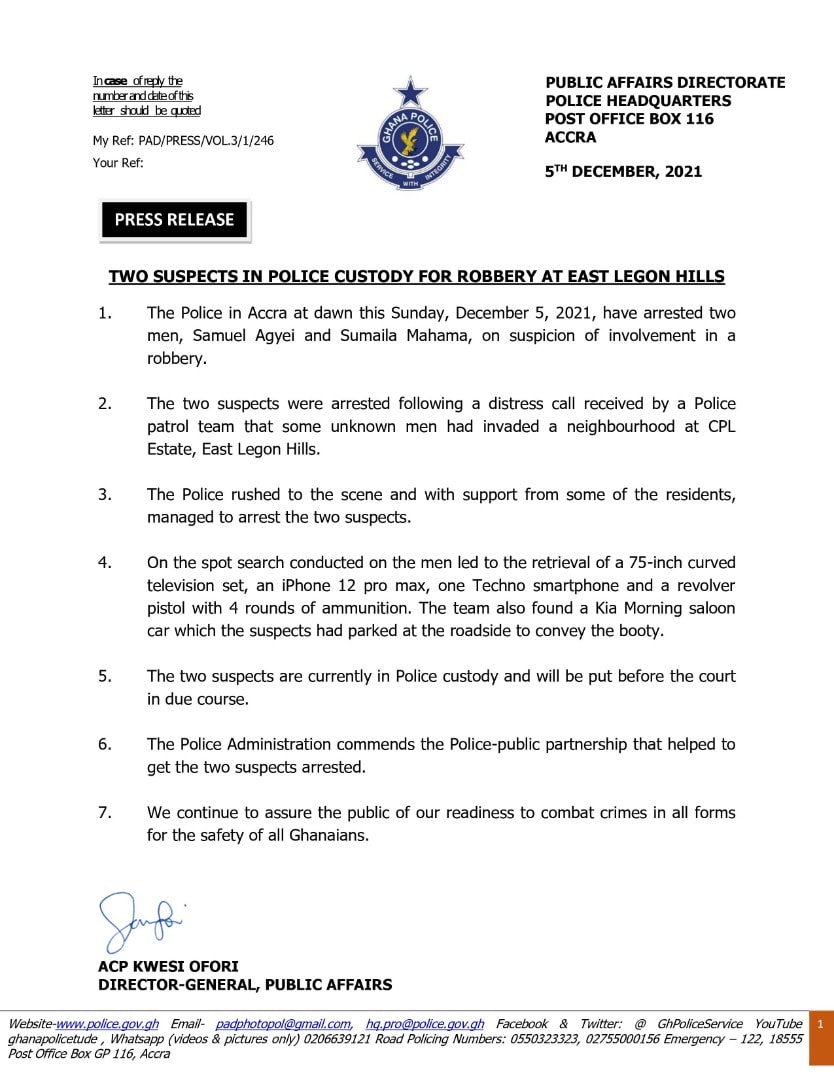