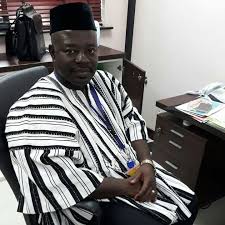 Residents in communities which became famous due to their sexually suggestive names in the Birim North District of the Eastern Region are counting their blessings following the massive developments in the area.

These towns became popular when their Member of Parliament for Abirem, John Osei Frimpong asked the then Energy Minister, Boakye Agyarko why most of the towns in his constituency are not connected to the national grid.When he started mentioning the names, the MPs including the Speaker,  burst into laughter.

The media also took it up and did follow up stories on the villages.

Months later, the villages have been connected to the national grid and they can now boast of good roads.

Some of the residents who spoke to Adom News’ Shine Acquah were elated at the developments in the area.

They claimed most relatives who had abandoned the town for many years have returned to live with them.

He has applauded Adom FM and TV and their MP for such an initiative.

Meanwhile, MP for Abirem constituency John Osei Frimpong was glad for contributing towards their development.

He also said about 20 other communities in the constituency are also enjoying same developments.