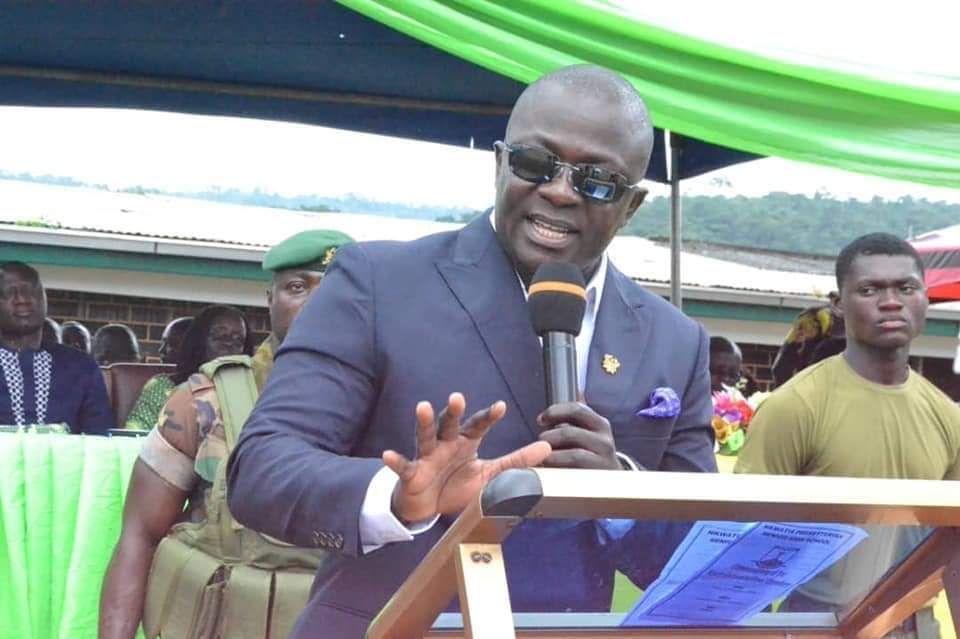 The Member of Parliament for the Abetifi Constituency and the Minister of State in charge of National Security at the Presidency, Mr Bryan Acheampong, has offered financial support to over 1,000 students in public and private schools in the constituency.

The gesture was to help increase enrolment in the schools and minimise the financial burden that parents in his constituency go through to take care of the education needs of their wards.

A total of 57 schools, including 10 private schools and 47 public schools, would be taking part in the mock exams.

The exercise, worth GH¢20,000, was organised with support from the District Education Directorate to prepare the candidates for the upcoming Basic Education Certificate Examination (BECE).

Mr Acheampong explained that his effort was a way to complement the government’s efforts in ensuring every school-going child in the district and the country at large to have access to quality education.

He reiterated that his utmost priority was in education and would, therefore, give of his best to ensure high literate population in the constituency.

He said he had also offered scholarships to five students in the district to pursue medicine at the Kwame Nkrumah University of Science and Technology (KNUST) and at the University of Ghana.

He said he would continue to provide support to the constituency by providing scholarships to brilliant-but-needy students, provision of potable water for communities and ensuring the welfare of the aged in society.

Mr Acheampong said his foundation had plans to increase the number of beneficiaries of scholarships at the tertiary level every year, to enable workers and non-workers to upgrade their educational status.

The MP, therefore, urged students in the district who needed financial support for their education to visit the district assembly for registration.

Mr Isaac Agyapong, the Kwahu East District Chief Executive, at a short ceremony to present the sponsorship package to the education directorate for the mock exams on behalf of the MP, said 1,169 students in seven circuits in the district’s public and private schools would be taking part in the mock examination.

The DCE said the MP, through the district assembly, engaged 95 qualified examiners from the West Africa, Examination Council (WAEC), comprising examination markers, supervisors, invigilators and examiners, to monitor the exercise.

He said the gesture formed part of the MP’s quest to improve academic performance in schools in the constituency, and assured that the exercise would be conducted annually.

Mr Agyapong, therefore, entreated the pupils to do away with fear and concentrate on their books so as to come out successfully after the BECE.

Ms Ivy Owusu, the Kwahu East District Director of Education, commended the MP and the DCE for instituting such an exercise to promote quality education delivery in the district.

She said the gesture would go a long way to help the students to overcome fear and panic, which resulted in their poor performance.

Ms Owusu, therefore, called for a collective effort in sustaining the programme to help improve academic performances in schools across the district.