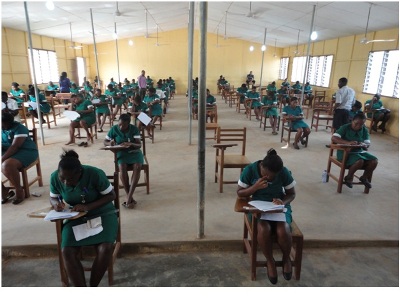 At least six nursing students of the Koforidua Nursing and Midwifery Training College have been sacked. The students were dismissed as a result of poor academic performances, while about 20 others were also repeated. Star News reports that the affected students are mostly students pursuing Registered Midwifery Course.

The sacked students are reported to have performed abysmally and fallen below the borderline of 1.5 Cumulative GPA.

Others are also said to have referred in multiple subjects and could not pass the resit exams even when given the opportunity to rewrite the subjects with the same examination questions. Meanwhile, the repeated students also reportedly referred in three papers and still couldn’t redeem themselves after re-sitting the same papers. The sanctions were explained by management of the college to parents of the affected students during a meeting. This is the second year running that the Koforidua Nursing and Midwifery Training College has dismissed some students. A similar thing occurred in 2018 when it emerged that some trainee Nurses and Midwives gained admission to the college through protocol.

The aggrieved students proceeded to drag the Principal of the college to the BNI, National Security and the office of the President over alleged corruption claims.