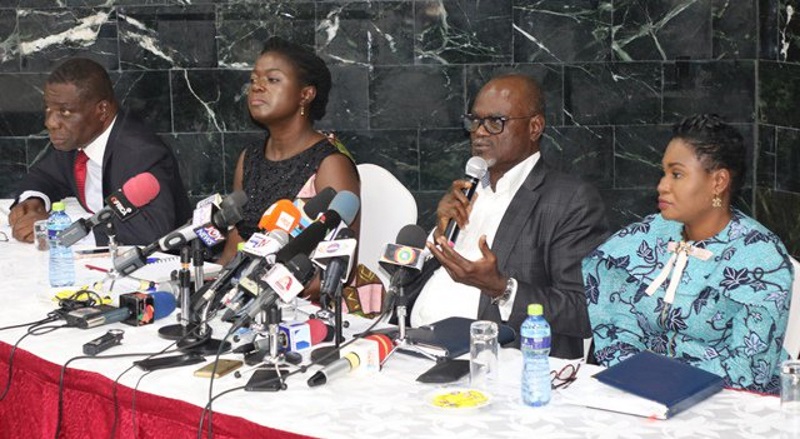 President of the Ghana FA Normalization Committee Dr. Kofi Amoah has been exposed by sources at World football governing body FIFA with knowledge about a recent forensic audit conducted at the Ghana Football Association (GFA) as doing everything possible to ensure that former FA President Kwesi Nyantakyi is nailed.

According to the source, Dr. Amoah heaped a lot of pressure on the auditors from FIFA who were conducting the forensic audit to find fault with Mr. Nyantakyi at all cost.

This website is informed reliably that even after the FIFA team completed its auditing of the FA and made no adverse findings against the the former FA boss, Dr. Amoah instructed that the report on the forensic audit which was submitted to the normalization committee about a month ago be kept secret.

He is said to have insisted that FIFA conducts another audit of the FA since he is convinced beyond doubt that Mr. Nyantakyi is culpable and must be tainted with corruption.

Meanwhile some sources at the Ghana FA have alleged that the Dr. Kofi Amoah led FA is concealing from the Ghanaian public, details and information on a four year contract it has signed with Puma.

According to the source, Dr. Amoah and his team are yet to announce the amount involved in the package and are not prepared to do that anytime soon.

Before his departure as the Ghana FA President, Nyantakyi had insisted on numerous occasions that he’s never misappropriated FIFA funds as they’ve been used for their intended purpose and the latest revelation by the FIFA Forensic Audit will hugely vindicate him.