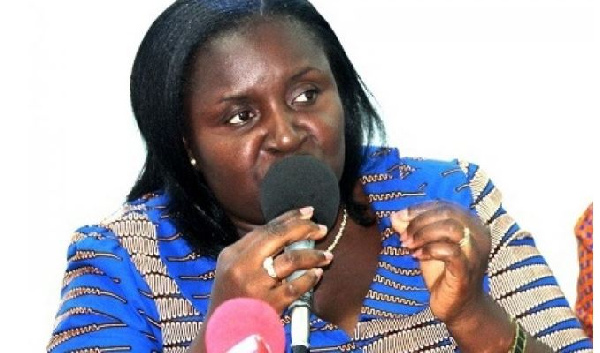 The Ghana Integrity Initiative (GII), a local chapter of Transparency International (TI) has reacted to a media report on a corruption ranking that placed Ghana as the second most corrupt country in Africa.

In a statement issued Tuesday, August 20, 2019, GII said it has not released any report and urged the public to disregard the media report. 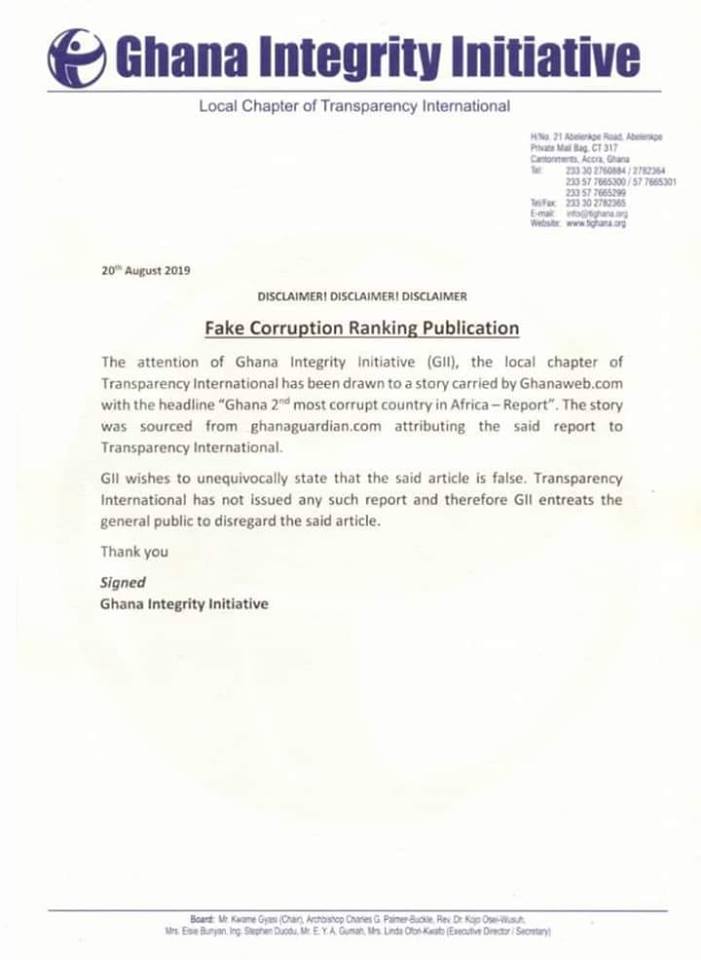 Meanwhile, Ghana has improved on the world corruption rankings by placing 78 out of 180 countries on the 2018 global Corruption Perception Index (CPI), according to Transparency International’s (TI) report which was released early 2019.

According to the report, in 2018, Ghana scored 41 out of a possible score of 100, with this score it means Ghana’s performance had improved by one point from its 2017 score of 40.

Ghana Integrity Initiative (GII), a local chapter of TI, released in Accra, with an observation that “this score is a positive departure from the continuous drop the country has been experiencing since the year 2015.”

According to the report, several factors including policies and initiatives by the ruling New Patriotic Party (NPP) government and state institutions implemented during the period under review could have accounted for this improvement

It stated that “the enhanced performance of the Audit Service and the Auditor General in discharging their constitutional mandate and ensuring the protection of the public purse could have made some impact on the 2018 CPI score.”

Again, it said “the paperless port clearing system under the Digital Inclusive Agenda and the establishment of the Office of the Special Prosecutor to fight corruption and corruption-related offences in spite of teething challenges could have equally impacted on Ghana’s 2018 CPI score.”

The report underscored that the ongoing Judicial Service reforms including efforts to promote high standards of integrity amongst judges and magistrates, and judicial staff, and e-justice system cannot also go unmentioned.