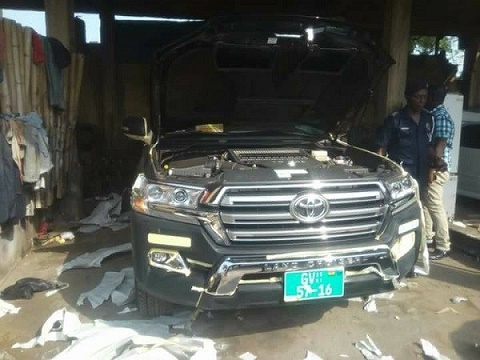 The Director of Transport and Logistics at the office of the president, Odeneho Nana Oppong his served notice that he will go after all government vehicles at the various mechanic shops across the country, haul them to Accra and get them worked on to facilitate government business.

He is against the practice in which some transport officers at the various ministries, departments and agencies go and leave government vehicles in mechanic shops without following up to ensure that such vehicles are repaired and put back on the road, adding that his plan is to change that practice.

Odeneho Nana Oppong who was speaking on an Accra based radio station and monitored by BestNewsGH.com said ‘’some of the transport officers work as though they don’t report to anybody. If they don’t know I am telling them that they report to me. Some of them too when they take the cars to the workshop and there is a change in government, they deliberately leave the cars there and later go for them, privatize them and convert them into their names. I will check all those things very soon’’ he added.

According to him, his unit was putting measures in place to train all drivers within the executive to ensure that the number of accidents involving state vehicles was reduced to the barest minimum.

He said he has already sought approval from the chief of staff on the matter, adding that very soon, that training will begin and cover all drivers at the presidency including those at the various ministries.