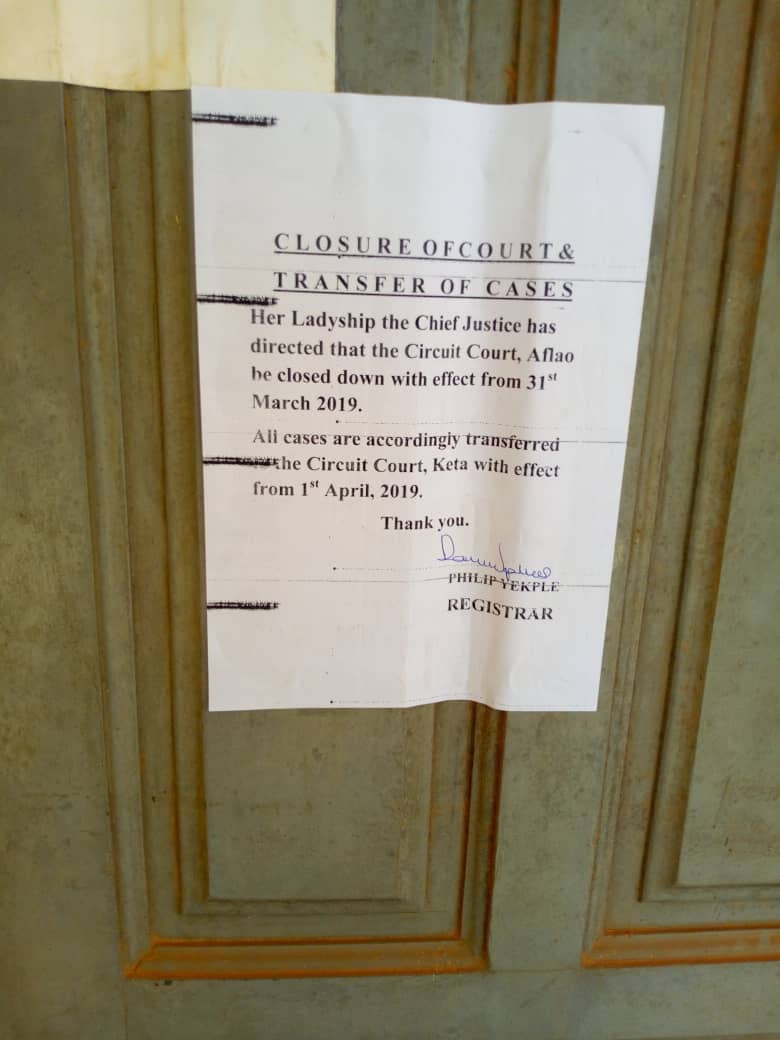 Two lower courts in Aflao in the Ketu South District of the Volta Region have been closed because of the unsafe environment within which the courthouses operate.

The courts, which were closed down on March 31, 2019, comprise one circuit court and district court.

Consequently, Chief Justice Sophia Akuffo has directed that all pending cases at the closed courts be transferred to Keta Circuit Court and Agbozume District Court for continuation.

A team of Judicial Service staff arrived at Aflao from Accra on March 27, 2019 with a notice from the Chief Justice directing the closure of the courts.

A letter sighted by The Finder dated March 22, 2019 directing the closure of the court transferred His Honour Ali Baba Abature from  Aflao Circuit Court to Adum-Kumasi Circuit Court ‘4’ due to unsafe environment.

Citizens who envisaged their struggles in accessing justice in the near future are calling on stakeholders to expedite action on finding a structure situated in a conducive environment to accommodate courts, to save them from travelling long distance to access justice.

Speaking to Napoleon Atisu, a concerned citizen, he expressed worry about the short notice given by the Chief Justice, but agrees with the Chief Justice considering the deplorable nature of the courthouse and dusty road, which endangers the lives of workers of the court. 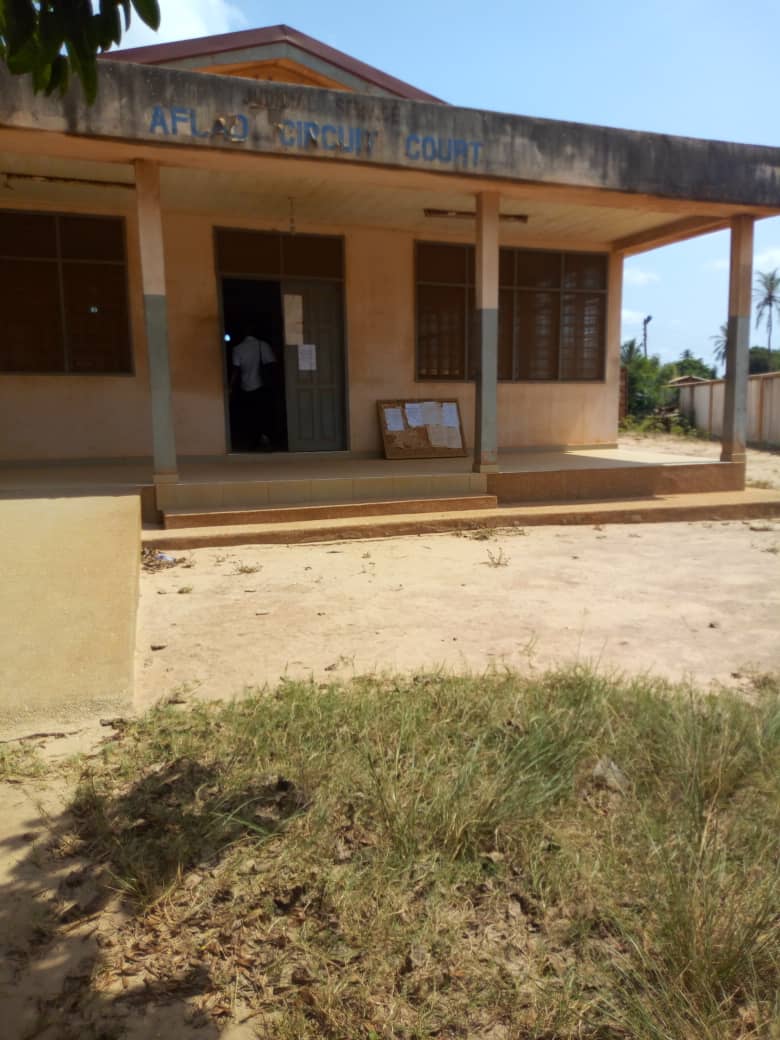 “We are meeting with the chief and the municipal chief executive (MCE) over this issue as soon as possible to find another conducive accommodation for the court to resume its work.

“Closing down the courts will mean we can’t access justice unless we travel to Keta, some 25-kilometre journey,” he added.

The Aflao Circuit Court, which is barely five years old, in its present location, serves multitude of the population from within and adjourning communities.

Several phone calls and one SMS messages to the phone number of the Municipal Chief Executive for the Ketu South, Elliot Edem Agbelorwu, for his reaction were not answered.