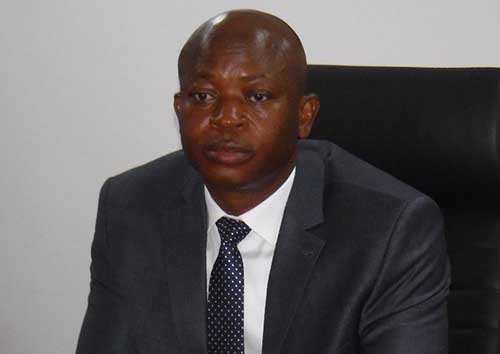 The Ghana Ports and Harbours Authority has promised to work closely with agencies in the maritime and port industry to increase the amount of cargoes that come through Ghana’s Ports.

The acting Director General of GPHA, Michael Luguje made this known during a visit to the Ghana Shippers Authority.

Michael Luguje also assured that he is committed to working assiduously to improve export business in the country through productive initiatives.

The Chief Executive Officer of the Ghana Shippers Authority, Benonita Mismarck pledge their support for the Authority to improve services rendered to shippers.

The GMA Boss kwame Owusu said his outfit will continue to police Ghana’s waters to provide a safer environment for vessels that call the Ports.

The DG of GPHA, Michael Luguje promised to collaborate with the Ghana Maritime Authority and the Ghana Navy to improve maritime security and particularly clamp down on the construction of illegal port facilities in the country.

The Director-General and his team also visited the Tema Metropolitan Assembly where its Chief Executive, Felix Mensah Nii Annang-La pledged to cooperate with the Port Authority to improve port business.

In addition to familiarizing with stakeholder agencies, the Director-General of the Ghana Ports and Harbours Authority, Michael Luguje has paid courtesy calls on some Chiefs and Traditional leaders within the Port enclave to strengthen ties between the Port Authority and the traditional leaders.

At Kpone, where the Port authority is constructing a devanning terminal called the Unity Terminal, the GPHA team was received by the Paramount Chief of the Kpone Traditional area, Nii Tetteh Otu who assured the team of the safety of the people in the community as well as the users of the new facility yet to be completed.

On his part, Michael Luguje, the GPHA Boss said he will welcome ideas that are of mutual interest to the Kpone community and the Port Authority.

At Nungua, the delegation was received by King Prof. Odaifio Welenchi III and his elders.

Michael Luguje noted that, it is very necessary for the Port Authority to keep constant contact with the traditional council.

The GPHA team continued to the Chief of Tema, Nii Adjei Kraku II where the Acting Director-General recognized the immense contribution of the Tema Traditional area as a significant stakeholder to the Port.