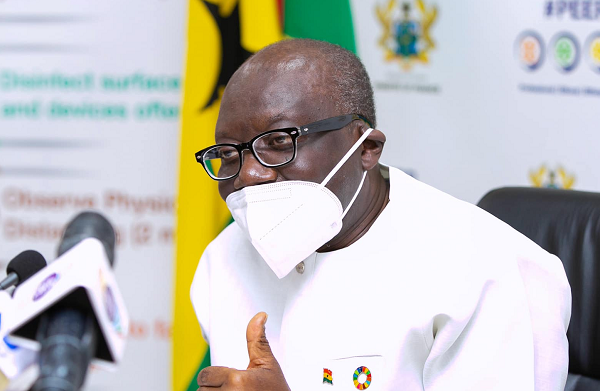 The government will launch the Development Bank Ghana (DBG) in July with a seed capital of about $500 million.

The bank is seen as Ghana’s best bet to addressing the issue of the lack of long-term and competitively priced credit which has faced the private sector for years.

Nearly $250 million out of the initial capital will come from the government as equity financing, while the remainder will be sourced from the World Bank Group (WBG) to operationalise an initiative that has taken almost five years to put together.

The Minister of Finance, Mr Ken Ofori-Atta, who announced this at a press conference in Accra yesterday, said the government was determined to capitalise the bank to the tune of $1 billion over the next five years, within which it would also be encouraged to leverage the capital and other assets to attract additional resources to finance businesses.

Once operational, he said, the bank would be allowed to lend to commercial banks and non-bank financial institutions (NBFIs) for on-lending to businesses in growth-enhancing sectors such as agribusiness, with a focus on off-farm value-chain activities, manufacturing, information and communications technology (ICT), software and allied services, including business-process outsourcing, and tourism.

Mr Ofori-Atta added that the DBG was to augment the role played by existing financial institutions in the drive to transform the economy.

He said it was the first time since independence that the country was establishing a development financial institution to lead its economic transformation agenda, with an assurance that the bank would be properly managed to anchor national development.

The minister said the current circumstances made the coming into effect of the bank more critical.

“The DBG is a key pillar in our effort to quickly recover from the effects of the COVID-19 pandemic and quickly resume our economic transformation path, as articulated in the Ghana CARES/Obantanpa Programme,” Mr Ofori-Atta said.

“It is intended to be a model institution that supports the financial system to play its role in supporting the private sector to expand and create jobs. The DBG will help address two important constraints in our financial system, namely, the lack of long-term funding and adequate funding to the productive sectors of the economy,” he added.

Mr Ofori-Atta said unlike commercial banks that were unable to offer loans to businesses for periods exceeding five years, the development bank would be empowered to lend at competitive rates and on long-term bases, up to 15 years, to specified sectors.

That would be made possible by the bank’s ability to mobilise funds at moderate rates from global development institutions for on-lending to designated financial institutions, he said.

Mr Ofori-Atta said counterpart development institutions, such as the WBG, the Africa Development Bank (AfDB), the European Investment Bank (EIB) and the German Development Bank (KfW), had already committed financial support towards the establishment of the DBG, with plans underway to attract additional capital from private and institutional investors.

The minister said the DBG would pay back the loans that the government had taken on its behalf from international financial institutions.

“The government, therefore, sees its contribution to the DBG as investment that should be paid back; all the more reason we will insist on the professional management of the bank,” he said.

Pushing for economic transformation, he explained,  required that entrepreneurs in key productive sectors had access to long-term finance at affordable interest rates.

Unfortunately, he said, analysis done as part of the background technical work for establishing the DBG found that “agriculture and manufacturing received around four and eight per cent, respectively, in bank lending, and only about 15 per cent of bank loans exceed five years in tenure”.

Against that background, he said: “The launch of DBG this year will address fundamental financing constraint. It will provide loans with tenures of up to 15 years, with a focus on key transformational sectors — agribusiness, manufacturing, ICT, tourism and housing. The DBG will be a wholesale bank lending to retail banks to on-lend to small and medium enterprises (SMEs).”

Further to that, he said, interest rates on the bank’s credit would be set based on the need to support enterprises, while at the same time ensuring the financial sustainability of the DBG, explaining that the development bank would also operate a partial guarantee window and a digital platform to facilitate factoring of invoices by SMEs.

“The government, learning from our national experience and also from global experiences regarding development banks, is determined to set up the DBG, so that it stands the test of time and supports Ghana’s economic transformation on a long-term basis,” he said.

To that end, he said, the government was taking extraordinary measures to ensure that the DBG was well capitalised and had a strong and independent governance structure, including competitive international recruitment of its board and senior management, to enable it to be run professionally and on a financially sustainable basis, without recurrent recourse to the public purse.