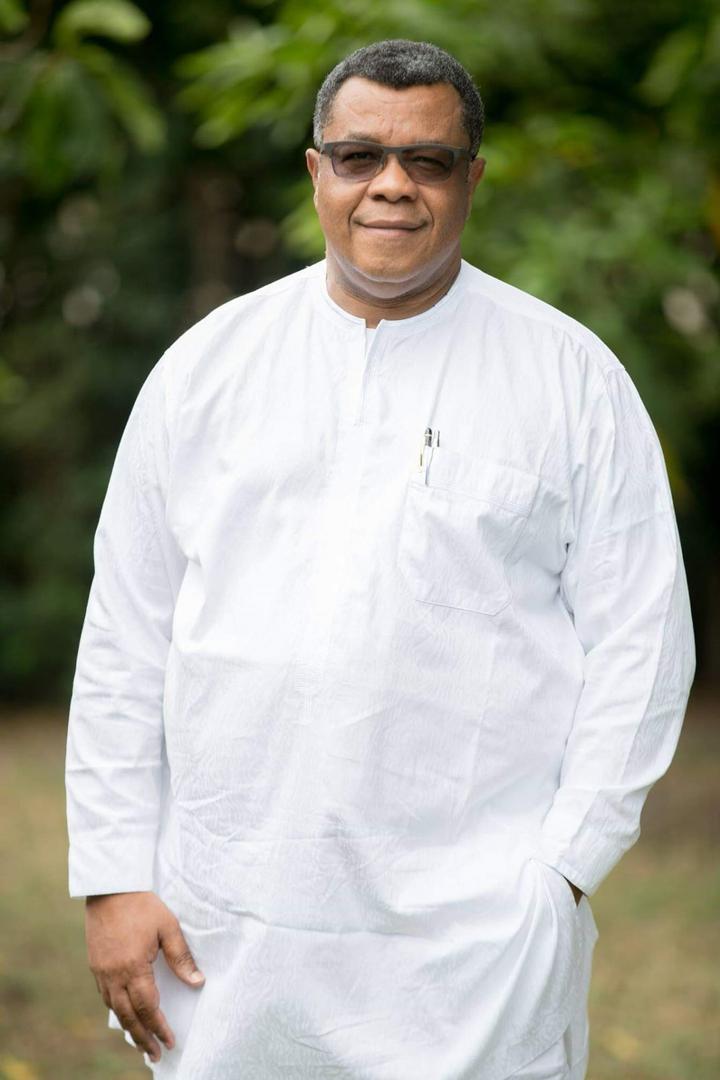 Augustus “Goosie” Obuadum Tanoh is a Ghanaian politician and a member of the NDC. Goosie’s life-long passion has been the empowerment of ordinary people. He has fought since his student days for a politics that empowers collectives (communities, workplaces, schools) to provide better social safety nets, guaranteeing higher and higher minimum standards of living and providing the security and space that enables individual entrepreneurs to make the advances that move society as a whole forward in a virtuous cycle.

Goosie was a student activist in the struggles against military rule in the late 1970s and a close associate of Flt. Lt. Jerry John Rawlings (Chairman of the Armed Forces Revolutionary Council) and a mentee of Tsatsu Tsikata then an activist and law lecturer at Legon.

Goosie did his LLM at Chicago’s prestigious Northwestern University between September 1980 and June 1982 specializing in Labor Law and International Trade and Investment Law. His interest in public sector collective bargaining and industrial relations (reflecting his interest in exploring different forms of organization, unions, cooperatives, etc) is part of his desire to explore mechanism for a fairer wealth distribution of the gains derived from national production to which labor’s contribution is at its foundation.

Goosie returned to Ghana in June 1982 to work as Special Assistant to the Chairman of the Provisional National Defence Council (PNDC), Flt. Lt. Rawlings, an old political associate. He simultaneously served as a member of the National Defence Committee, the principal political organ of the PNDC, which coordinated the socioeconomic interventions of thousands of “Peoples Defence Committees (PDCs)” and “Workers Defence Committees (WDCs)” (self-organised grassroots organisations that had emerged to fight the corruption and decay that was the legacy of the 1966 coup and the military regimes that followed it). As Head of Projects and Programmes, Goosie oversaw the rebuilding on a popular and voluntary basis of a wide range of community infrastructure and services and the development of rural enterprises.

In 1986, Goosie was appointed as member of Ghana’s delegation to the UN Security Council and a representative at the UN General Assembly for 2 years.

After his diplomatic service ended, he took up the position of Executive Director of Finance and Administration at the Ghana National Petroleum Corporation (GNPC). During his diplomatic and corporate service, he remained active with the countrywide mass network of “Committees for the Defence of the Revolution” (formerly PDCs and WDCs). Accordingly, when the PNDC decided (at the CDR movement’s behest) to return Ghana to civilian rule, Goosie was invited to represent CDRs in the consultative assembly which drafted Ghana’s 1992 Republican Constitution.

Goosie then left GNPC and worked full time in the Forum for Sustainable Development (FSD), an activist think-tank supported by the Association of CDRs to guide the transition from PNDC to constitutional rule. FSD first conducted an intensive nationwide consultation with ordinary Ghanaians about their hopes and fears for post-PNDC national politics. Based on this grounding, FSD worked through the CDR network with millions of ordinary Ghanaians to constitute the mass base of a new political party that could retain the best of the PNDC while transcending its less desirable attributes (He was at the Centre of the formation of the “Front” and “Development Union” which eventually merged with other groups to form the NDC). In this period also, FSD designed (what became) the National Democratic Congress’s constitution, colours, symbols, song and oversaw its birth. FSD led in the organisation of the NDC’s founding Congress and organised its first highly successful electoral campaign in 1992.

After the inauguration of the fourth republic, Goosie left public service but maintained his relationship with the mass movement that had grown up in the PNDC era. He developed an agricultural commodities export business including cassava chips, shea nuts, cashew, groundnuts, etc. This involved developing completely new domestic supply chain infrastructure independent of the State cocoa supply chain. He developed farmers’ cooperatives for trading produce and “importing” finished products to “remote” farming communities. The export business ultimately collapsed because of inadequate capitalisation, the collapse of commodity prices, and ultimately a hostile policy environment – that could not accept the notion of a business designed to share rather than concentrate wealth. The sector has since been taken over by foreign investors who in typical capitalist tradition are sucking the life out of our rural areas.

Goosie was one of the few prominent founding members of the NDC who openly raised concerns about the lack of internal democracy in the NDC and the resultant watering down of the NDC’s commitment to empowering ordinary people that resulted from the wholesale reappointment of former PNDC officials into the Rawlings cabinet. These officials often ignored the State-Party boundary and assumed a right to impose decisions on Party structures (e.g. selection of Parliamentary candidates). After the discipline of the PNDC period, the Party elite also began to develop a taste for patronage as a means of controlling the lower structures, a practice that inevitably led to corruption. Greater internal democracy had been one of the key demands citizens had made of the nascent NDC in 1991 / 1992. The confrontation over internal democracy, accountability, and direction built up to the point where in 1999, Goosie and a number of prominent NDC activists left the NDC to form the National Reform Party (NRP).

Goosie stood as the NRP presidential candidate in the 2000 elections which were won by President Kufuor.

In 2004, President Mills appealed to NRP cadres to return to the NDC and work with him to effect the reforms that NRP had proposed. Most NRP activists accepted this offer. Goosie has since remained out of the NDC spotlight but continued his grassroots political work and cultivated a new cadre dedicated to democratising the NDC and reviving its earlier culture of voluntarism, accountability and transparency and has been a key player in all recent NDC campaigns. Following the NDC’s defeat in 2016, he has intensified this work.

In recent years Goosie has worked as a consultant and a developer of energy and industrial infrastructure while planning the revival of the agribusiness which has the capacity to transform our countryside on a more democratic basis and define sensible parameters for state investment in rural development.