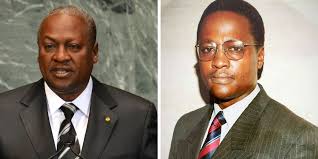 There have often been talk about the numerous privileged positions that opposition National Democratic Congress (NDC) presidential candidate hopeful and former president John Dramani Mahama has held in public.

The argument is that, if he has been lucky and privileged to occupy almost all the offices one can think of in the public sector and the executive in particular, it should be enough for him and that seeking another term as president is tantamount to greed.

Well, we have taken time to bring you details of the positions he has held since 1992 till date.