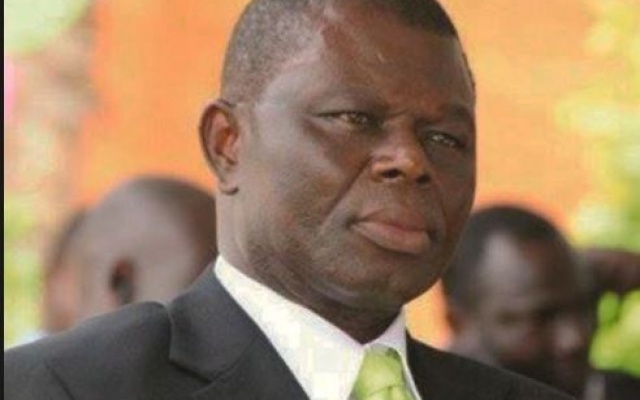 THE CONDUCT OF THE AYAWASO WEST WUOGON CONSTITUENCY BY- ELECTION

The Coalition of Domestic Election Observers (CODEO) observed today’s by-election in the Ayawaso West Wuogon Constituency in the Greater Accra Region. CODEO observers visited more than half of the polling stations in all the electoral areas across the constituency.

The observers spent an average of two hours at each polling station and observed set up and voting processes. Below are highlights of CODEO’s findings as at the end of close of polls:

CODEO observers witnessed the violent incident, including shooting incident, which took place in the La Bawaleshie area at East Legon.

While the observers could not confirm the exact cause of the violent incident, CODEO is disappointed that an electoral exercise was subjected to such violence which temporarily disrupted voting.

Observers noted a generally low voter turn-out across the constituency.

At the commencement of polls, most polling stations had political party agents present, particularly from the New Patriotic Party (NPP) and the National Democratic Congress (NDC). CODEO observers, however, noted the subsequent withdrawal from some of the polling stations observed of NDC agents.

CODEO is also alarmed about the apparent lack of proper security coordination for the election:

The observers noted several instances of heavy – and intimidating – security presence at most polling stations observed.

Many polling stations had not less than five uniformed security personnel, and in some cases, as high as 15.

Many polling stations also had security agents in plain cloth, some of whom claimed to be National Security operatives.

Some polling stations had separate security teams from the Police, the Immigration Service and ‘National Security.’

Polling stations were frequented by mobile patrol teams of security personnel sometimes at short intervals of less than thirty minutes.

Even more worrying was the presence of masked security operatives at polling stations, who could not easily be identified and thus could not be held accountable for any misconduct.

Some non-uniformed security operatives displayed lack of understanding of the electoral rules and regulations.

Apart from the above listed incidents, most observers reported of a generally smooth voting exercise, including the smooth performance of biometric devices.

CODEO questions this high level and, what appears to be, uncoordinated security arrangement and presence during the elections. Unlike previous arrangement which seems to have been working well for the country during elections, CODEO is unsure what role, if any at all, of the Election Security Task Force played in this election.

CODEO further calls on the Ghana Police Service, the National Security Minister, Interior Minister, and the entire security set-up of the country to expeditiously conduct investigations into the violence that broke out earlier in the day at La Bawaleshie, and to take subsequent appropriate action. It is imperative that all security agencies immediately review the security arrangement put in place for the election, in a bid to understand what happened today as far as personnel deployment is concerned and to enhance security planning for similar exercises in the future.

Finally, CODEO calls on the Electoral Commission and the security agencies to give hearing to the NDC regarding their concerns about the electoral process which resulted in their boycott of the election and to investigate any valid concerns they may have.

CODEO will continue to observe the counting and declaration of results, and will issue its preliminary statement in due course.