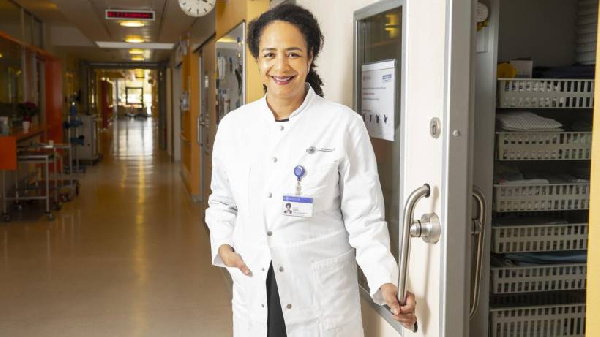 The global discussions on how we are going to overcome the challenges of the coronavirus pandemic tend to be dominated by politicians and the technocracy. This makes necessary sense given the implications of the health crisis.

But often, what falls through the cracks are the important matters of who is seen to be working to save lives or cause more harm.

It is in this context that Dr. Marylyn Addo, head of the Department of Internal Medicine, Division of Infectious Diseases at the University of Hamburg, Germany matters to us.

We have already seen how fighting a pandemic can reveal the worst impulses of humanity in the way WHO director-general Tedros Ghebreyesus has had to speak out against racism.

There is also what has been described as racism-motivated measures by Chinese local governments against Africans in Chinese cities.

Or even how Chinese and other Asians have been at the receiving end of express racism or innuendo from everyday individuals and even people in authority across the world, in the wake of the coronavirus pandemic.

It matters that Dr. Addo is a Ghanaian as well as a German.

Dr. Addo was born in Trosidorf in northwestern Germany in 1970 to a Ghanaian father and a German mother. Her father was a physician who studied at the University of Bonn.

Dr. Addo earned her credentials, significantly starting at the London School of Hygiene and Tropical Medicine, University of London. Her research at that institution was on how HIV-infected people transmitted the candida albicans pathogen between themselves.

After London, Dr. Addo went to the Harvard University in Boston, Massachusetts where she specialized in infectious diseases.

She moved through the ranks at Harvard for over 10 years. Most important among her studies at Harvard was to learn how some cells regulated the immune system invaded by HIV.

She went back to Germany in 2013 to take up her first notable position in the country of her birth. Dr. Addo was made a professor at the German Center for Infection Research (DZIF) at the University of Hamburg.

This is the institution she has been part of ever since. From that University Medical Center in Hamburg-Eppendorf, Dr. Addo has looked into infectious diseases, particularly in recent memory, the Ebola virus.

She led a team that developed “an Ebola vaccine which is now being tested further in Africa”, according to the DZIF.

The vaccine has been described as vector-based so that the molecular make-up of the virus, that is, the virus’ DNA, is introduced to the human cells via another virus.

This method of vaccination was particularly promising for treating the Ebola virus. It reportedly left patients with amazing immune response capacities and the WHO approved the vaccine for accelerated testing a few years ago.

After the promise of her team’s Ebola virus research, Dr. Addo led efforts again to look into a coronavirus – the Middle Eastern Respiratory Syndrome (MERS).

The vaccine produced by that team was tested in camels in 2016 while trials for humans also began in 2018. It would seem all of these modest and progressive successes was leading Dr. Addo right to this very moment to fight COVID-19.

At the very center where she was first employed as a virologist in Germany, Dr. Addo is involved in Germany’s most hopeful project to discover a vaccine for COVID-19.

Although she is quite known in her world, Dr. Addo is not a popular name or famous for many outside her life-saving business. What this coronavirus pandemic has done is to circumstantially put her out there.

In the coming months, her work, among with those of millions of other scientists will be followed by billions of us. We will be praying they find a breakthrough as soon as possible.

Wherever this breakthrough happens, Dr. Addo’s efforts will still be counted. And then maybe, we will get to know about her life and opinions on her Ghanaian identity that we presume have been shielded by her work.