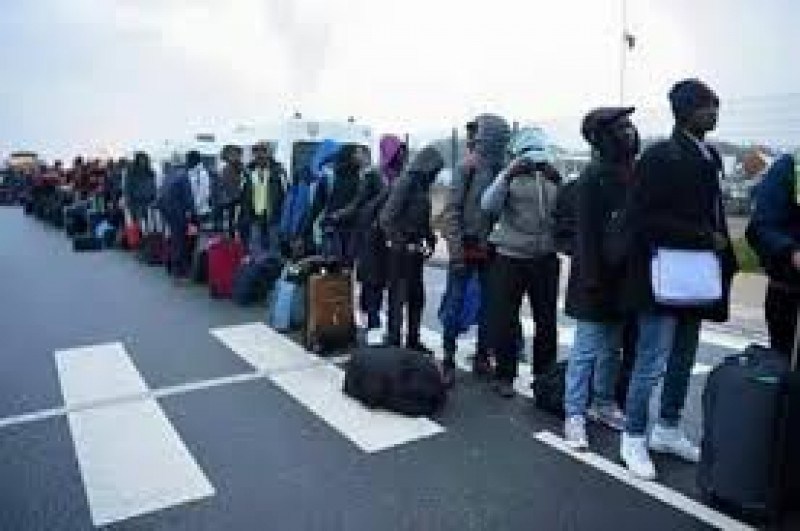 Some 7000 Ghanaians marked for deportation are part of people the US immigration authorities will be dealing with as it begins raiding some cities to arrest and deport individuals illegally residing in the country.

The US government has not hidden its feelings about the presence of illegal immigrants since Donald Trump took office as president.

Already the US has imposed visa restriction on some categories of government officials for refusing to accept some 7000 individuals marked for deportation to Ghana.

Ghana’s Ambassador to the US, Baffour Adjei Bawuah has argued that majority of those described as Ghanaians have failed to prove they indeed are Ghanaians.

But the US government did not buy that argument leading to the Department of Homeland Security (DHS) announcing the implementation of visa sanctions on Ghana in February.

In a release dated January 31, 2019, the DHS explained that the sanctions are as a result of Ghana’s failure to accept its nationals that have been removed from the U.S.

“Ghana has failed to live up to its obligations under international law to accept the return of its nationals ordered removed from the United States,” Secretary of Homeland Security Kirstjen Nielsen was quoted in the release.

“The United States routinely cooperates with foreign governments in documenting and accepting U.S. citizens when asked, as appropriate, as do the majority of countries in the world, but Ghana has failed to do so in this case. We hope the Ghanaian government will work with us to reconcile these deficiencies quickly,” the Secretary of Homeland Security added.

“It is not a situation where, in the last few years, we have not issued any documents at all. We have. For a good number of them, I am told that…17 have already been processed. We are waiting for them to pick up what we have processed while we process the rest,” she said.

Although the U.S. Embassy has hinted that it could intensify the restrictions unless Ghana shows commitment to address its concerns, Madam Ayorkor Botchway said negotiations are ongoing to resolve the issue.

“One of the key aspects of the negotiation is for them also to understand that we have a process to follow. That process is not an overnight process. Once they appreciate that, they will understand where we are coming from,” she said.