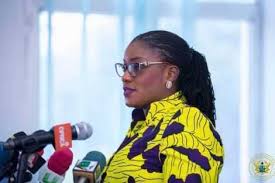 To the deputy minister, his (Badu Kobi’s) recent comments are in “bad taste and should not be countenanced in anyway”.

Founder and leader of Glorious Wave Church International, Prophet Badu Kobi, has been captured in a viral video taking a strong swipe at women from some ethnic groups in the country.

According to the controversial prophet, women who hail from the Ashanti region are greedy, materialistic, disrespectful and money-conscious.

Prophet Badu Kobi then advised all possible suitors to shun them not to import problems for themselves by marrying women from the Ashanti region.

He described “Fanti women” as “foolish sometimes” and “Ewes too doormats.”

Commenting on this on Okay FM’s “Ade Akye Abia” programme, Hon Dokua, who is also the Member of Parliament for Akuapem North, called on Ghanaian women to rise up and fight against the irresponsible comments by the man of God.

“He should render an unqualified apology to women and people of Ghana for those insane comments. We should not allow such comments to from men of God of his caliber,” she said.

“It is rather unfortunate that we have to wake up to discuss such issues when the finance minister will be presenting the midyear budget review today. He should be condemned in no uncertain terms and be made to render an apology,” she added.