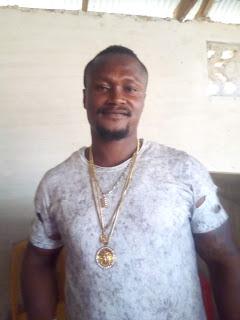 Baba Musa AKA Dragon Master a member of the NPP Delta force in the Upper Denkyira East District of the Central Region has defected to the opposition National Democratic Congress (NDC).

This took place at the end of year get-together organized by the Denkyira Democratic Movement for the NDC party Executives and members. Baba Musa said the NDC is his roots and after carefully analysing the situation on the ground he has realized NDC treats its members well than the NPP.

Chief Yakubu – who is a former vice chairman and member of the council of Elders of the NDC in the area said he was a member when NDC started in 1992, adding that the NDC has a lot of groupings and that they should all work together with the executives to win power.

According to him, he has no problem with groupings within the party, adding that they should not fight but rather commit themselves to the ideals of NDC.

Alhaji Murtala Jimah who was present also said that any group born out of misunderstanding does not last over time. NDC lost 2016 because of groupings and they should work over that in order to win 2020.

A former deputy constituency organizer Adamu Kone said that DDM was purposely formed to augment the duties of the constituency executives and also support NDC members who are aggrieved so that the party will not lose its members.

John Swanzy Arhin, the Constituency Youth organizer – stood in for the constituency chairman and had this to say, ‘’NDC needs victory and it should start at the top, that if the elders are united, the grassroots will also be united. The young ones are learning from the elderly’’.

They should all help John Mahama to win as Presidential Candidacy for the NDC because he massively developed Upper Denkyira East and Ghana. He also entreated the branches to reunite towards election 2020.