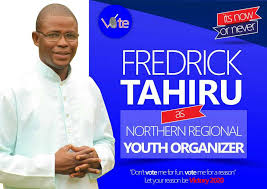 The ruling New Patriotic Party in the Northern Region has called for calm in Salaga following the outbreak of violence in the town, over the selection of Damongo as the capital for the Savanna Region.

The residents have burnt the NPP office in the town and destroyed some party properties over the issue, culminating in widespread condemnation from sections of the public.

In a statement signed by Fredrick Tahiru, an executive of the regional NPP office in the Northern region, he described the incident as unfortunate.

‘’The decision to name Damongo as the Regional capital for our infant Savannah Region is not a victory for Damongo in isolation but a victory for us in totality’’.

He added that ‘’I want to extend a fervent appeal to our brothers and sisters in the Salaga South Constituency to as a matter of urgency, step down the voltage of their emotions and accept the decision for us to move on. Decisions taken in the heat of emotions have always been regrettable at the end. We are starting the race with six other regions, but we have started with a wrong leg’’.