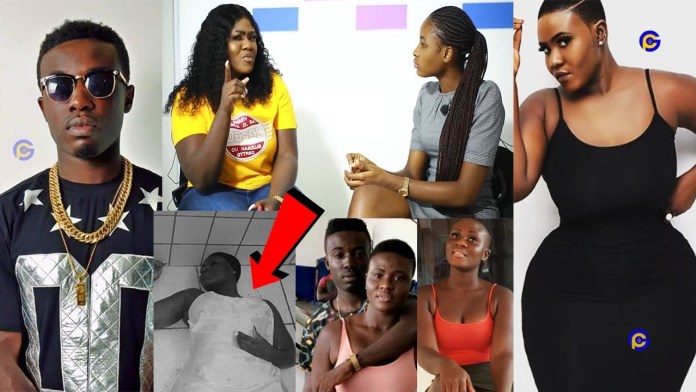 The ex-girlfriend of Criss Waddle has finally detailed the reason behind her attempted suicide years ago.

According to the girl popularly known as Mary Waddle, she never attempted suicide because Criss Waddle dumped her.

In an exclusive interview with GhPage TV, Mary Waddle explained that she cut herself because her friends teased her after Criss Waddle claimed she is not his kind of girl.

Mary added that Criss Waddle actually didn’t make that statement but she was hurt and she didn’t verify if indeed the musician said that about her.

According to Mary Waddle, she was very young and childish then which led her to act in such a manner.

She, however, refuted claims that she did that because Criss Waddle dumped her adding that she acted without thinking.

“I will never hurt or kill myself because of a man. Criss Waddle personally knows that I will not do such a thing. I actually attempted suicide because my friends were teasing me after Criss Waddle claimed I meant nothing to him which was not true”.

”I didn’t verify the story and just acted on impulse which was why I cut myself. It was very severe and I was rushed to the hospital. I was 18 years then, very young and naive and very childish of me to do that. I didn’t hurt myself because of Criss Waddle”, Mary disclosed”.

It can be recalled that in 2016, there were reports that Mary Waddle originally known as Mary Obeng or Yaa Baby attempted to kill herself after the CEO of AMG Business dumped her.

Mary cut herself after the musician stated that she wasn’t his kind of girl after she had spent the night with him.

However, Criss Waddle denied having any intimate relationship with her but only met her through social media.