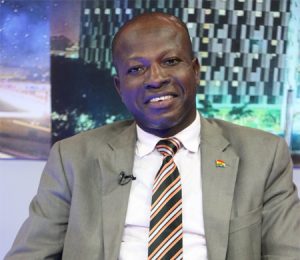 Acting General Secretary of the Convention People’s Party (CPP), Kwabena Bomfeh, popularly known as Kabila has described the party as the richest party in the country.

According to him, the party has a lot of properties that has been confiscated by the state and that the party is fighting for all such properties to be reverted to it.

“The CPP is the richest political party in this country. We have several huge buildings and landed properties that have been confiscated for the state. The Ministry of Information building for example is one of such buildings. We are fighting for government to revert all such properties to the party. If that happens, you will see how rich the CPP is” he told the media at a public forum to discuss funding of political parties in the country.

The acting CPP chief scribe lampooned the two major political parties in the country, the ruling New Patriotic Party (NPP) and the opposition National Democratic Congress (NDC), accusing them of fleecing the country of its money for their own gain at the detriment of the people.

“If you look at the NPP and the NDC, they come to power and everything is okay and just one year in opposition, they are shouting at the top of the roofs, complaining about poverty. So what does that tell you? It means they steal from the state coffers” he added.