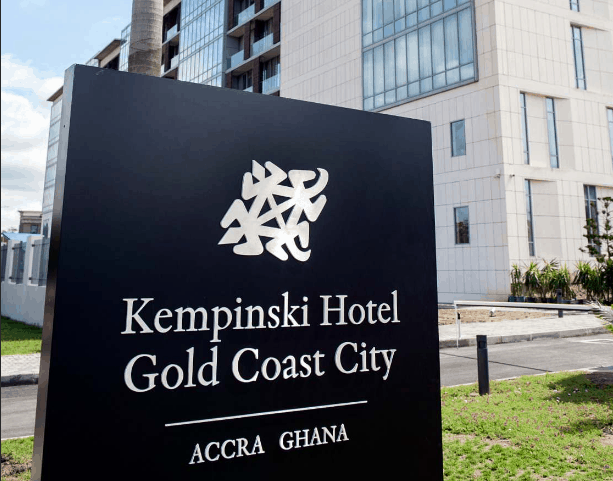 As the hospitality industry has been badly hit by the global pandemic, the plush Kempinski Hotel Gold Coast City Accra is of no exception.

About 10 out of the 269 rooms available in the hotel are mostly utilized, the General Manager of the hotel, Manish Nambiar has indicated.

He also confirmed to GhanaWeb that the number of people who patronize the facility has drastically reduced.

Mr Nambiar explained that persons who are currently making use of the hotel are those who were stuck in the country because of the ban on travels directive issued by President Nana Addo Dankwa Akufo-Addo.

In an interview with GhanaWeb’s Ernestina Serwaa Asante, he stated that “We don’t have customers at this point of time. The hotel has 269 rooms and we have 10 rooms occupied in the hotel and some of the people staying in are customers who were stuck because of the quarantine because the planes not flying. Obviously, we took a humanity approach to some of that and we reduced the prices.”

Speaking on the revenue losses, he revealed that about 5 million dollars have been incurred as losses in 3 months.

The General Manager said “As of now, we are looking in excess of about four and half to five million dollars just in these last 3 months.”

Due to this, management has employed innovative ways for people to visit the place during weekends at a marginalized price.

Coronavirus: Only 10 out of 269 rooms are occupied – Kempinski boss reveals