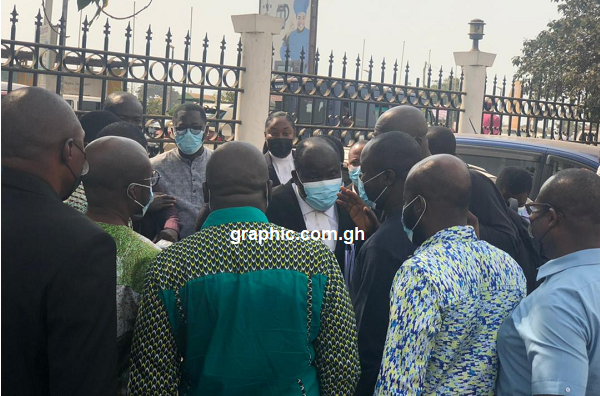 The Accra High Court has directed the University Teachers Association of Ghana (UTAG) and government to engage in further negations to resolve the strike by UTAG which has crippled public universities.

The National Labour Commission (NLC) had filed an application for the court to order members of UTAG to return to the lecture theatres while negotiations continued.

At the hearing Thursday, February 3, the court, presided over by Justice Frank Rockson Abodwe, directed the two sides to engage in more negotiations.

The court subsequently adjourned the case to February 10 to await the outcome of the negotiations.

UTAG embarked on the strike on January 10, this year, calling on the employer to restore members to the 2013 Interim Market Premium (IMP) of 114 per cent of basic salary.

They also want the government to go ahead to formulate guidelines to implement the appropriate recommendations to address the general conditions of service of the university teacher.

It is the case of UTAG that the IMP, which was instituted after the implementation of the Single Spine Pay Policy, was frozen, per a government White Paper in 2013, for the purpose of the conduct of a labour market survey (LMS) to determine the MP payable to workers deserving of it.

UTAG contends that till date, the determination has not been made, which has resulted in the erosion of the university teacher’s salary.

In its release declaring the strike on January 7, this year, the UTAG Council said there was the hope that by completing and implementing the LMS Report of 2019, a review of the IMP would have put the university teacher on a relatively good salary stead.

“Regrettably, the recommendations of the 2019 LMS Report, without any accompanying technical report on the implementable MP, is meaningless to UTAG, as it does not address the pertinent issues of improved CoS,” it said.