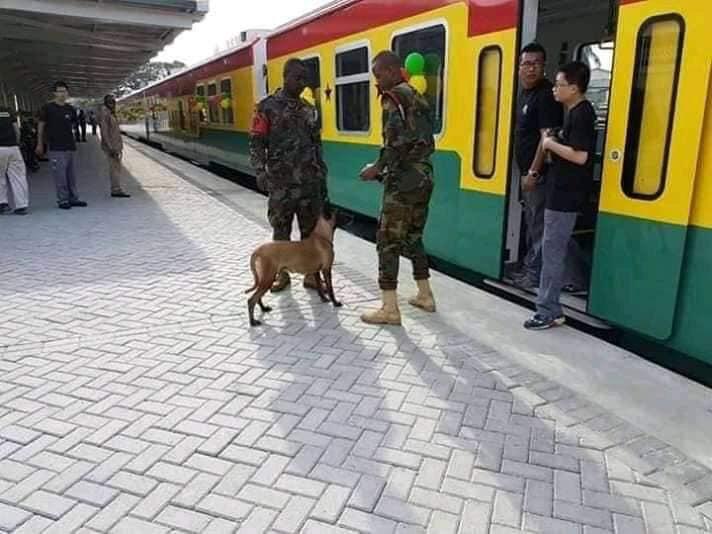 The much awaited passenger rail services for commuters along the Tema-Accra line will take off today.

Minister of Railways Development – Joe Ghartey and officials of Ghana Railway Company Limited will this morning take the inaugural service from Accra Central Station at 7:45am to Tema and back.

The service was scheduled to take off on Saturday, January 19, 2019 as part of the 120th anniversary celebration of Ghana Railway Company Limited.

However, authorities were compelled to suspend the takeoff due to the activities of encroachers who had erected temporary wooden makeshift structures along the railway lines, posing danger to human lives.

The encroachers were said to have ostensibly returned to the sides of the railway line when the workers went on the Christmas and New Year break.

Hundreds of squatters use the spot of land along the rail lines at Avenor, Graphic Road, Dzorwulu, Dome, Tesano, Achimota and Agbogbloshie – all in the capital city of Accra – as a place for habitation and business.

In these areas, it was clear that human activities close to the railway lines make it dangerous to commence operations.

The development posed danger to hundreds of Ghanaians who are currently living along the railway lines.

For example, at Kwame Nkrumah Circle, a market sprang up near the railway line during the Christmas holidays, and umbrellas of hawkers rubbed against the train as it was passing.

Minister of Railways Development, Joe Ghartey gave the Ghana Railways Company Limited two weeks to clear all squatters for the service to commence.

According to the company, it would charge a flat rate of GH¢5 per passenger.

Under the National Railway Act, it is unlawful for any structure to be built within 100 feet of the rails.

However, the squatters have built as close as five feet to the railway lines.