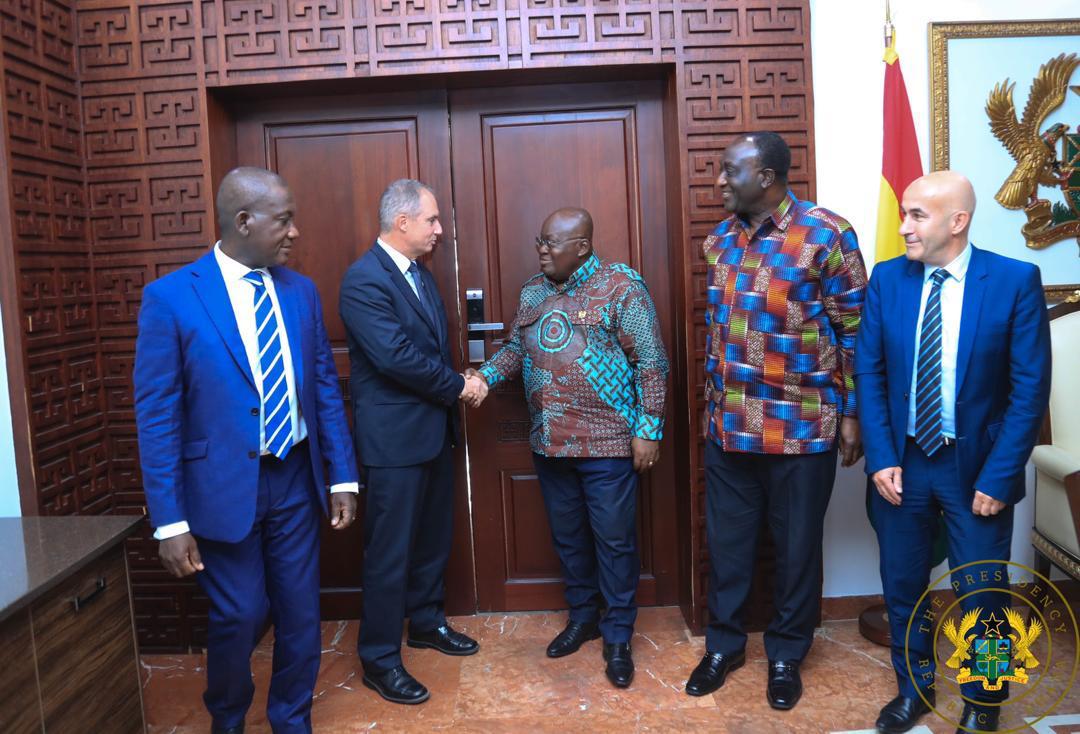 French multinational automobile manufacturer, Renault, is considering the establishment of an automobile assembly plant in Ghana, following in the footsteps of Volkswagen, Nissan and Sinotruk who will, this year, establish assembly plants in Ghana.

Vice President and Chairman of the Africa-Middle-East-India (AMI) Region at Renault, Fabrice Cambolive, made this known on Monday, 28th January, 2019, when he paid a courtesy call on the President of the Republic, Nana Addo Dankwa Akufo-Addo, at Jubilee House, the seat of the nation’s Presidency.

Speaking at the meeting, Mr. Cambolive stated that “for us, we are now to see if our capacity to bring our products to this country are marching with your policy and, if it is okay, we will be delighted to do that.”

He continued, “I have noticed a lot of values in the country, and they are very important to us. I hope that we will be able to concretize it in a really hard project, not a short-term project, but a long-term project, and if everything is matching, we will come back to you as soon as possible.”

On his part, President Akufo-Addo described the announcement as good news for the country.

He told the Renault Chairman that Ghana is the most ideal country in West Africa to establish an assembly base, and noted that all the economic indices which had gone haywire prior to his assumption of office are now pointing in the right direction.

Ghana, under the leadership of President Akufo-Addo, is now the largest recipient of Foreign Direct Investment in West Africa.

“We are the second largest economy in West Africa. So, there are lots and lots of reasons why Ghana is a well-positioned place for you.  We are looking upon ourselves as the gateway to West Africa, to a market of some 350 million people, which is scheduled to go up to 500 million people by the year 2030. So, we think that it will be a good place for you to make it”, the President added.

Already, global car manufacturing giants, Volkswagen, Sinotruk, and Nissan are expected to establish their assembly plants in Ghana this year.

Renault is a French multinational automobile manufacturer established in 1899.The company produces a range of cars and vans, and in the past has manufactured trucks, tractors, tanks, buses/coaches and autorail vehicles.

According to the Organisation Internationale des Constructeurs d’Automobiles, in 2016 Renault was the ninth biggest automaker in the world by production volume. By 2017, the Renault–Nissan–Mitsubishi Alliance had become the world’s biggest seller of light vehicles, bumping Volkswagen AG off the top spot.

Headquartered in Boulogne-Billancourt, near Paris, the Renault group is made up of the namesake Renault marque and subsidiaries, Alpine, Automobile Dacia from Romania, Renault Samsung Motors from South Korea, and AvtoVAZ from Russia.

Renault has a 43.4% controlling stake in Nissan of Japan, and a 1.55% stake in Daimler AG of Germany (since 2012, Renault manufactures engines for the Daimler’s Mercedes A-Class and B-Class cars).