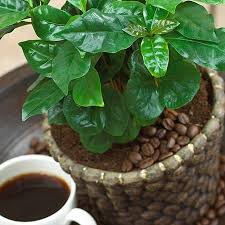 The Seed Production Division of COCOBOD, in collaboration with the Dormaa Central Municipal Assembly, has distributed 123,360 coffee seedlings to 226 farmers in the Municipality at a cost of GH¢10,000

He said the Ministry of Food and Agriculture had also distributed cocoa fertilisers and pesticides against swollen shoot, black pod, and Akate diseases to the farmers.

The MCE expressed the hope for bumper harvest in all crop growing areas due to the conducive weather conditions and control of the fall armyworm and other pest invasions.

The Assembly would enroll Electronic Billing and Payment system next year to enhance revenue mobilisation and reduce leakages to the barest minimum, the MCE said.

He said the major challenge was the heaps of refuse in most of the towns including Koraso, Amasu, Atesikrom, Stadium and Aboabo Number One and Four and called for the early release of the District Assembly’s Common Fund to clear the refuse.

He appealed to traditional authorities to allocate land for solid and liquid waste management and disposal.

“The Assembly would endeavour to carry out its programmes and activities based upon the Medium Term Development Plan for the overall development of the Municipality,” he said.

He called on stakeholders to unite to fast-track the development of the area adding; “The Assembly and the Municipality as a whole can only develop in an atmosphere devoid of divisiveness and rancour”.