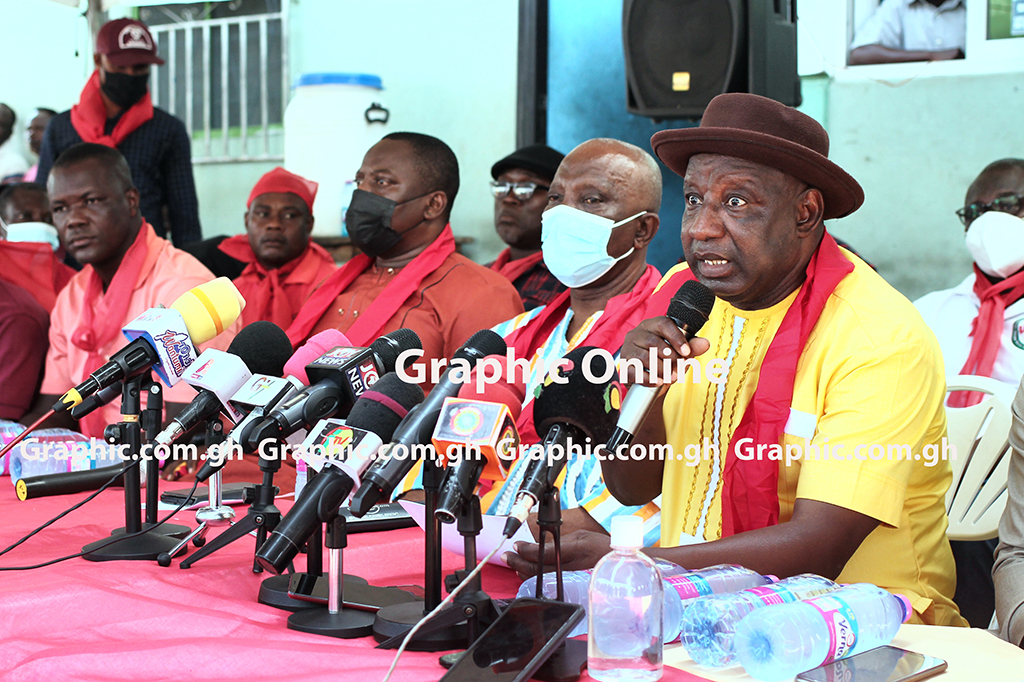 The coalition of private transport operators have threatened to embark on a strike action if government does not reduce taxes on fuel.

The group has given the government a three day ultimatum to grant their request or face the wrath of their members. The strike action is to commence at 3pm on Thursday, November 11, 2021.

The coalition made their demand during a press conference in Accra on Tuesday, November 9, 2021 to express their frustrations caused by the effect of the high taxes on fuel.

Speaking on behalf of the coalition, the General Secretary of the GPRTU, Mr Godfred Abulbire, said there had been an unending surge in the pump prices of petroleum products in Ghana in recent months.

He said taxes, levies and margins on petroleum products were the main causes of the continuous rise in the prices of fuel.

He said the year began with a fuel price of Ghc4.950 per litre for either diesel or petrol but as at the first week of November 2021 it was Gh¢6.90 representing about 35.04 per cent cumulative increment.

The General Secretary of the GPRTU pointed out that the brunt of the high taxes on fuel were being borne by commercial transport operators.

He added that the surges in fuel prices do not promote the income and welfare of personnel in the commercial transport business.

“Therefore, we call on government to scrap the taxes, levies and margins on the price build-up. We make this appeal because the commercial transport operator and vehicle users in general cannot continue to pay for debt caused by government appointees in the energy sector,” he said.

The National President for Ghana National Cargo Transport Association, Mr Mohammed Tango said their members resolved to make the strike an effective one by parking their vehicles from 3pm on November 11, 2021.