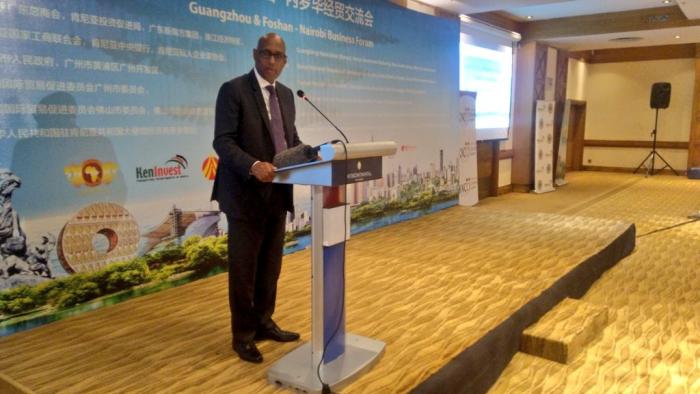 Central Bank of Kenya (CBK) Governor Patrick Njoroge on Wednesday confirmed that Kenya was considering adopting the Chinese Yuan as a reserve currency.

Njoroge was at the Guangzhou-Foshan Nairobi Business forum when he was questioned on the issue by a Chinese gentleman.

In response, Njoroge highlighted the dynamics of the world economy before stating that the move was ‘inevitable’.

“It is inevitable that Kenya will include the Chinese yuan as a reserve currency. The only question is when and the timing will be determined by a number of short term factors,” he explained.

He also alluded to fast-growing trade ties between the two countries that have seen China control 66 percent of Kenya’s bilateral debts as of May.

“This has increased the demand for the Chinese Yuan by both Kenya and Chinese traders operating in Kenya,” he noted.

“This has increased the demand for the Chinese Yuan by both Kenya and Chinese traders operating in Kenya,” he noted.

The International Monetary Fund had in 2016 added the Renminbi to its Special Drawing Rights (SDR) basket which has the US dollar, the British pound, the Euro, and the Japanese Yen.

Njoroge’s statement, however, raised eyebrows as it comes barely two weeks after 17 central banks and government officials from 14 countries in Eastern and Southern Africa met in Harare, Zimbabwe to discuss the possibility of using the Yuan as a reserve currency.

After the event, MEMFI Spokesperson Gladys Siwela Jadagu stated: “Most countries in the Macroeconomic and Financial Management Institute of Eastern and Southern Africa (MEFMI) region have loans or grants from China and it would only make economic sense to repay in renminbi (Chinese yuan).”