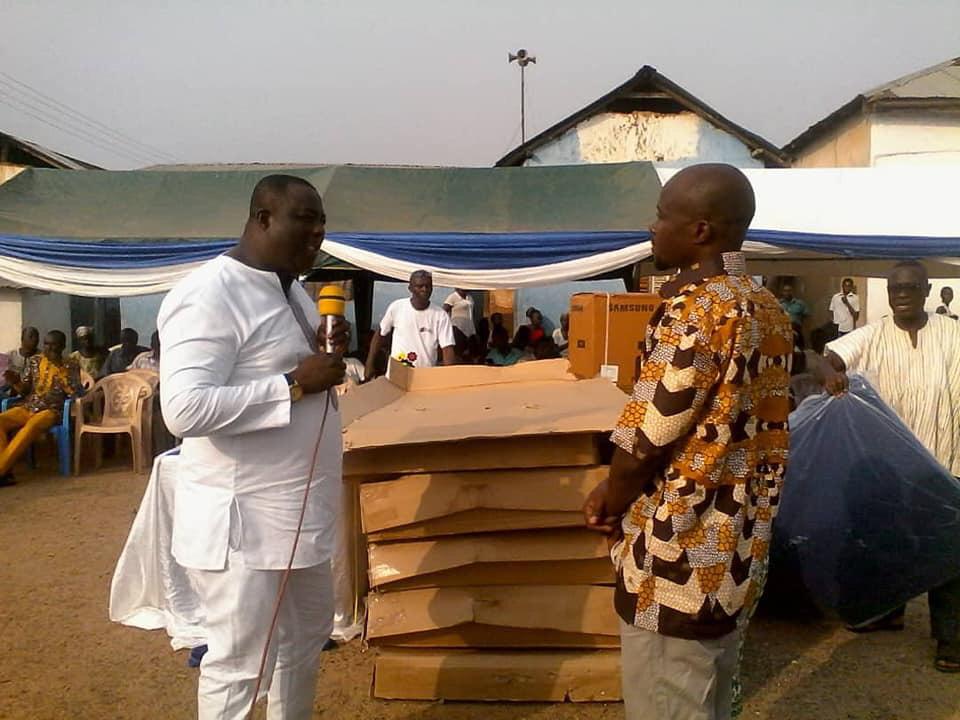 The CEO of Ghana Exim Bank, Mr. Lawrence Agyinsam has donated hospital beds and drugs to Jukwa health centre, in the Hemang Lower Denkyira Constituency of the Central Region.

He made the presentation during a durbar of the chiefs and people of Jukwa.

He used the occasion to throw more light on the achievements of the NPP government so far, and on the 1D1F approved projects for the Twifu Hemang lower Denkyira District.

Mr. Agyinsam said the District was lucky since it has had 2 projects approved and to be funded by Ghana Exim Bank.

The projects include the palm oil processing company, and a poultry farm. 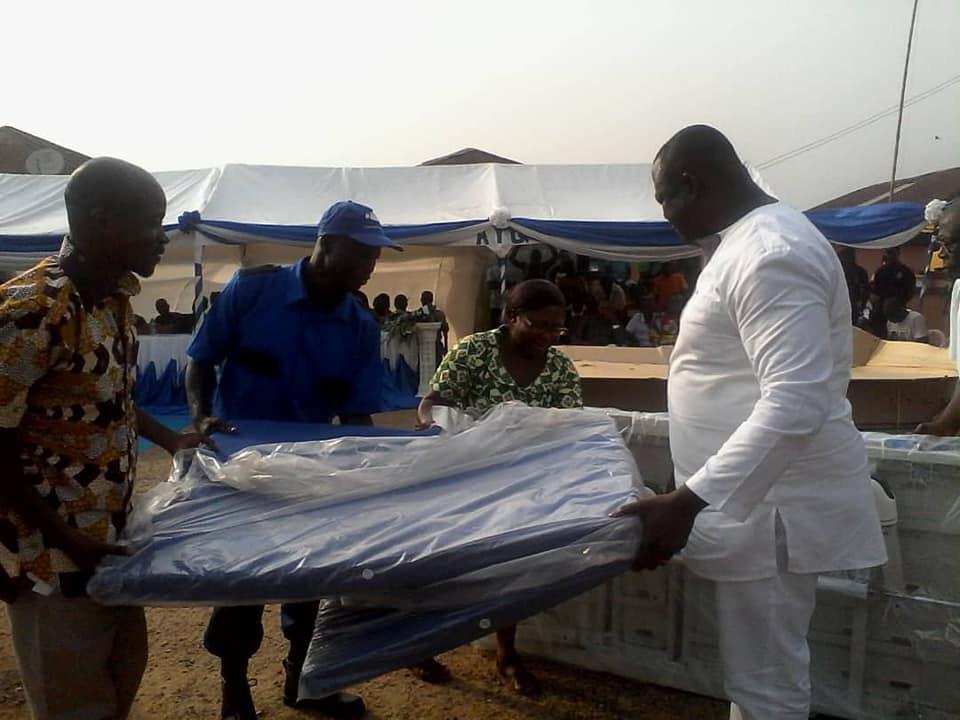 He asked the constituents to position themselves well to take advantage of the benefits the projects will come with, adding that there are also other farms that have already been established at Jukwa, which are not under 1D1F but private initiatives ( An orange flesh sweet potato farms, and an avocado seedlings farms ).

He outlined other projects he wants to personally embark on for the constituency:

The chiefs and people expressed their appreciation to him and prayed for God’s continuous protection for him.