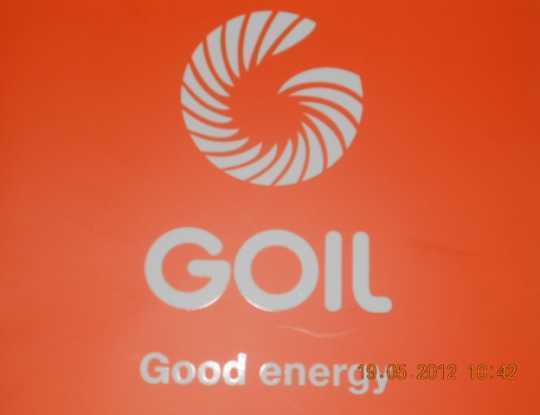 The Human Rights Court 2 yesterday adjourned the case brought against the Ghana Oil Company Limited (GOIL), SO Energy Ghana, Expert Consult Limited and Stephen Afotey, a Registrar of the Commercial Division of the High Court in Accra, by one Stephen Deelarbi to June 14, 2019.

When the case was called yesterday, lawyer for the plaintiff, Gary Nimako Marfo told the court that he had just received a notice for adjournment from the Attorney-General’s Department because the State Attorney in charge of the case, Cecilia Akiwumi, had travelled outside the country.

The court, therefore, granted the request for a four-week adjournment so that the A-G’s Department could put in an appearance on the said date.

Stephen Deelarbi, a resident of Ashaley Botwe in Accra, on March 1, 2018, sued the four parties for illegally taking possession of and illegally selling his property, a 0.995 acre of land in Accra.

He is asking the court to recover possession of the property and make a declaration that the acts of the defendants, culminating in the sale of his property as fraudulent, illegal and not supported by law.

He is also seeking a declaration that the attachment of his personal property and subsequent sale while he was not affected by an earlier court judgment is illegal and offends the rules of natural justice.

Deelarbi is praying the court for an order reversing the sale of the 0.995 acres of land, imposition of damages for wrongful attachment, and sale of his personal property.

The complainant also wants an order of injunction directed at the registrar, his assigns, agents or anyone acting on the instruction or authority of the registrar from taking any steps to deliver or transfer title of the land to GOIL.

The lawsuit is also seeking compensatory damages for pain and suffering, as well as costs, including legal fees.

On October 22, 2010, Deelarbi told the Court that SO Energy Ghana Limited obtained a judgment at the Commercial Division of an Accra High Court against Dees & D Investment Limited, but he was never a party to the case.

He stated that SO Energy Ghana Limited attached his personal properties, which the oil marketing company caused to be valued under the guise of proceeding against Dee’s and D Investment, though their intention was actually to sell his personal property.

He explained to the court that Expert Consult Limited and its clerk, Michael Agyarko, caused an auction notice to be published in the name of Dee’s & D Investment Limited even though their intention was actually to sell his personal property.

Deelarbi noted that the Registrar of the Commercial Division of the High Court in Accra, Stephen Afotey, seized his property, which was later sold without any notice to him (Deelarbi).

Deelarbi alleged that Afotey caused no searches to be conducted at the Registry of the Lands Commission to ascertain if in fact the property he had attached to be sold in a public auction belonged to the judgment debtor (Dee’s & D investment Limited).

He noted that all these happened when he was travelling abroad for medical treatment.

According to him, when the issue was brought to his attention, he caused to be filed, a notice of claim to prove his claim to the property attached and allegedly sold to Ghana Oil Company Limited.

He expressed surprise that GOIL, which is his tenant, now purports to have purchased the same piece of land he gave them from a third party without recourse to him.

Deelarbi explained that his notice of claim was filed and served on SO Energy Ghana Limited and Expert Consult Limited’s clerk, Michael Agyarko, on December 4, 2017 while GOIL and the Registrar – Afotey – were also served.

He said the action of the defendants in causing his personal property to be sold to satisfy a debt of a suit to which he was not a party is fraudulent.

He also said that even though Afotey knew about the notice of claim filed on December 4, 2017, he failed, refused and/or neglected to bring same to the attention of the court on December 6, 2017.

Deelarbi said by the time the registrar served hearing notice on him on January 26, 2018, the property had already been sold and the proceeds paid out of the registry of the court.

He alleges that the cumulative acts of the defendants show that it was an orchestrated act to illegally deprive him of his personal property to satisfy a judgment debt owed by Dee’s & D Investment Limited.

According to him, a search he conducted at the Registry of the High Court demonstrably shows the fraud and illegality perpetuated by the defendants to deprive him of his bona fide property.