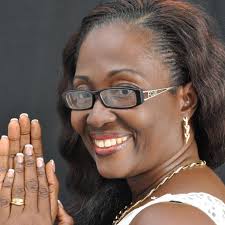 The Tema Court handling the murder case of the slain Marketing and Public Affairs Manager of the Tema Port, Josephine Asante has adjourned hearing to the 14th of February 2019.

This follows the inability of the police investigators and the prosecution to conduct forensics on the house boy of the late manager Christian Agyei to help in the speedy adjudication of the matter.

However, the driver of the manager who was also picked later, has had the forensics conducted on him, while the results are yet to be ready.

BestNewsGH.com sources at the Magistrate Court in Tema said the presiding judge was not charitable in reprimanding the police and the prosecution, accusing them of adopting a lackluster and laxed demeanor in handling the case.

The judges is said to be peeved with the fact that 3 weeks after the houseboy was arrested, his forensics are yet to be conducted when it is clear that it forms a cardinal component of the adjudication of the case.

He also took issue with the fact that the police left the entire file concerning the case in Accra and drove the two suspects, the driver and the houseboy to the court in Tema for today’s hearing.

The adjournment according to the source is to ensure that the forensics and the results for the two suspects will be ready by the next court date of 14th February, 2019.

She was attacked and killed in her bedroom soon after she returned from a Senior Staff Party on Saturday January 12, 2019 in the night.

It later emerged that the killers did not steal any item from her home even though several valuables were displayed in her room and were glaring enough to attract attention.