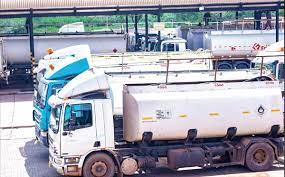 This follows the discovery of adulterated fuel by the company during pre-discharge testing processes at its depot last year.

Investigations by the committee set up to probe the incidence showed that there were a number of incidents related to product storage and transfer losses, including but not limited to the disappearance of 105,927 litres of gas oil on September 4, 2021.

But the management of BOST said it had sanctioned six transporters who were implicated in the illegal trade.

This was contained in a management response to an audit observation memo that has cited BOST for fuel adulteration worth GH¢3,445,200 at its Kumasi depot.

It said four transporters had fully paid the undisclosed surcharged amount while two others were yet to fully settle their surcharge.

BOST also plans to install portable product analyzers to offer instant product quality checks before or after products are discharged into the storage tanks.

Adulteration of petroleum products entails the illegal introduction of foreign substances that could lead to non-compliance with standard specifications.

This consequently causes irreparable damage to engines, which could result in increased fuel consumption and a low fuel spraying rate in the combustion chamber.

It is recalled that last year, BOST announced that the fuel in its Kumasi depot tanks had been adulterated.

“As standard practice, products are tested to confirm their chemical composition before loading into trucks. Upon arrival at their destination, the same product testing is carried to ensure what was loaded onto the truck is what has been transported before discharge is permitted”, BOST stated at the time

Further pre-discharge tests disclosed that eight  more trucks had their contents adulterated. The drivers of these vehicles are nowhere to be found as we speak, but their respective trucks are being held pending the conclusion of the investigations. This brings the total number of trucks with adulterated contents to nine,” BOST added in the statement.

It assured the public that none of the adulterated products would find their way into its tanks and the market.