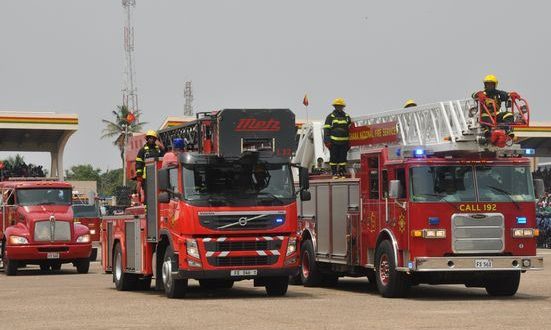 The core mandate of the Ghana National Fire Service (GNFS) is to prevent undesired fires, to protect life and property from life threatening situations.

This means personnel mandated to discharge these duties must be trained and certified by the recognized professional institutions.

However, the Chronicle’s investigation has revealed that the service is found wanting in this area.

For some years now, it has been utilising the services of some unlicensed drivers to man the fire tenders.

These drivers who have not been employed as such for the service have been making attempts to secure the licenses from the official source, the Driver and Vehicle Licensing Authority (DVLA) without success and finally resorted to procuring through unorthodox means referred to as ‘goro boys’ but are unable to pay the over one thousand Ghana cedis demanded.

As the investigation progressed, it was unearthed that due to pressure from some of these unlicensed drivers to stop and perform their official designated duties, for they are not known as drivers, the service placed embargoes on their salaries for months.

To them, whilst driving and in the event of any calamity, the question, ‘who authorized you to drive’ comes in.

The paper’s investigations also revealed that on the humanitarian services, no fees are charged but the Volta Regional Command has made it a point to commercialize such services and no accounts on the proceeds are rendered.

Examples are services to hospitals and educational institutions.

The recovery truck which is purposely to assist in emergencies is not left out in the commercialization of the services.

As a practice in organizations whose lifeline is morale boosting, the Volta Regional Command of GNFS is yet to organise meetings for municipal and district officers, let alone staff durbars since the take over of a new administration close to a year ago to find solutions to identified problems.

When the Chronicle contacted the Deputy Chief Fire Officer, Administration and Finance, Mr Julius Kunor, he referred this reporter to the Directorate of Public Relations.

Over there, the substantive officer, Mr Robinson Okoe was said to have traveled.

However, a highly placed source at the national command intimated that it is an offence for any driver at all, let alone unlicensed person to take charge of the tender.

According to him, drivers for the service are employed based on the applicant’s ability to drive, possess a specified grade of license issued by DVLA.

When engaged, GNFS itself, takes these drivers through special training on how to handle the tenders.

The source continued that all services rendered by GNFS are absolutely free and that no officer must charge for the humanitarian services so performed.

Stay tuned as we report on the welfare of personnel.