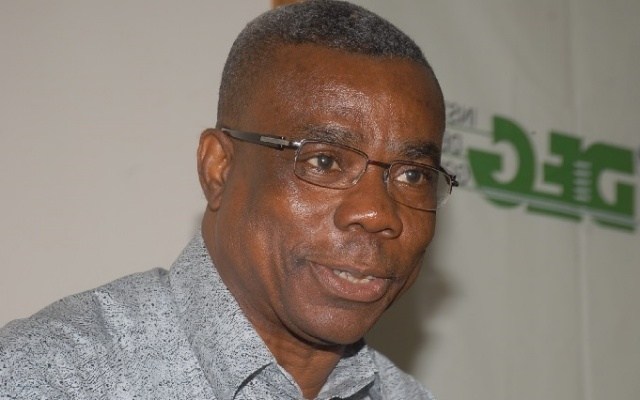 Board  members of the Ghana Ports and Harbours Authority have visited the project site earmarked for the construction of the Keta Port.

The Ghana Ports and Harbours Authority has signed a memorandum of understanding with a private investor, Diamond Cement Ghana Limited for the construction of the Keta Port, located in the Keta Municipality of the Volta region.

Led by the Board Chairman of GPHA, Peter Mac Manu, and accompanied by a team of Engineers from Ghana Ports and Harbours Authority, the Board first visited the Keta Municipality where they engaged with the Municipal Chief Executive, a member of the council of state and officials of Diamond Cement.

Peter Mac Manu intimated that the project needed the collaboration of all relevant stakeholders to ensure that it comes into fruition.

The Municipal Chief Executive of the Keta Municipal Assembly, Seth Yormewu indicated that the project when completed will create jobs for the youth in the area and pledged the support of the assembly.

The General Manager for Diamond Cement on his part, said the facility would help in the transportation of their clinker for production of cement.

A member of Council of State who also hails from the Keta Municipality, Albert Seth Francis Nyonyo, expressed his excitement over the project and expressed optimism that the project will receive the best support to ensure its successful establishment.

The Board members and members of the Keta Municipal Assembly then proceeded to the site where the Keta Port is proposed to be located to have a first-hand impression of the project site.

The proposed Keta Port is expected to be built around the Volta Lake in the town of Kedzi in the Keta municipality.

The final place of visit by the Board members and the entourage was the Palace of Togbui Acolatse III, the Dufia of Kedzi who is the traditional leader of the town where the project is expected to be located.

Here, prayers were said by the Traditional Authorities to commit the project into the hands of God

The Board Chairman of GPHA, Peter Mac-Manu thanked the people of Keta for the immense support given the project and expressed optimism that very soon the President of the Republic will append his signature to the executive instrument for the project to take off