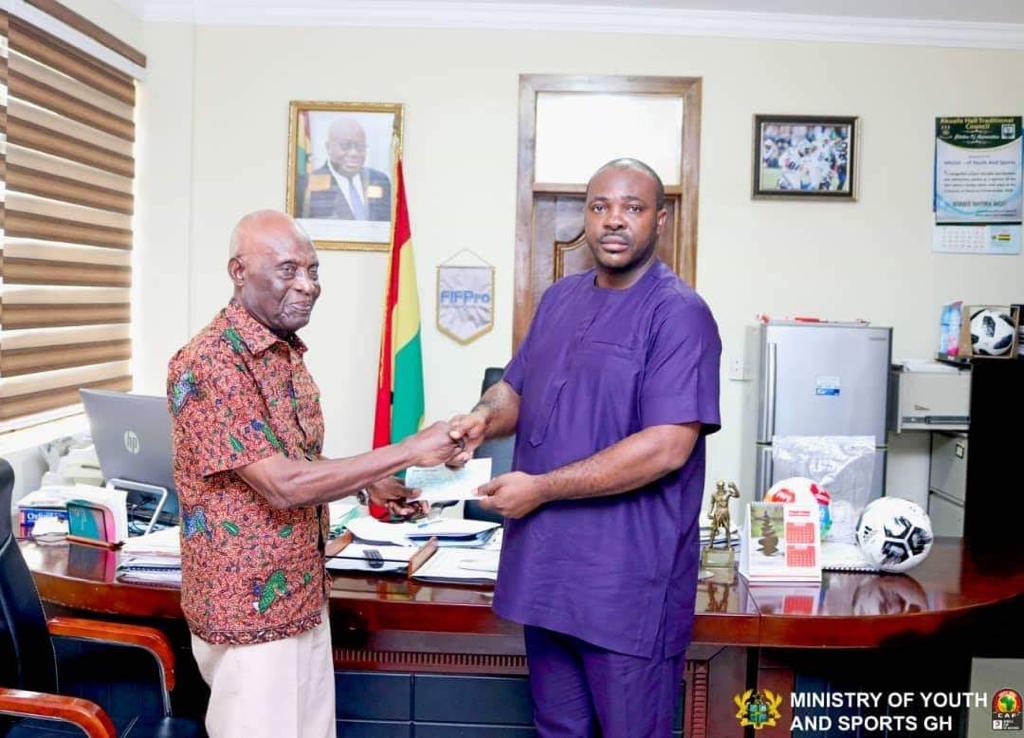 The amount represents his part of the reward that was given to the entire team after they won the tournament.

Dr. Oboe Quansah according to the Minister for Sports, was left out when the team was being rewarded after they won the 1965 AFCON.

Minister for Youth and Sports, Isaac Kwame Asiamah who presented the cheque to Dr. Oboe Qansah a while ago wrote on his Facebook page:

“I presented a cheque sum of GH¢35, 900 to Dr. Kwamena Oboe Quansah, team doctor of the 1965 Black Stars AFCON winning team after he was “left out” when the state rewarded the team for the success chalked. Dr. Kwamena Oboe Quansah was a venerable football administrator who served as GFA vice chairman under Lawton Ackah-Yensu’s stewardship(1983-1984)’’. 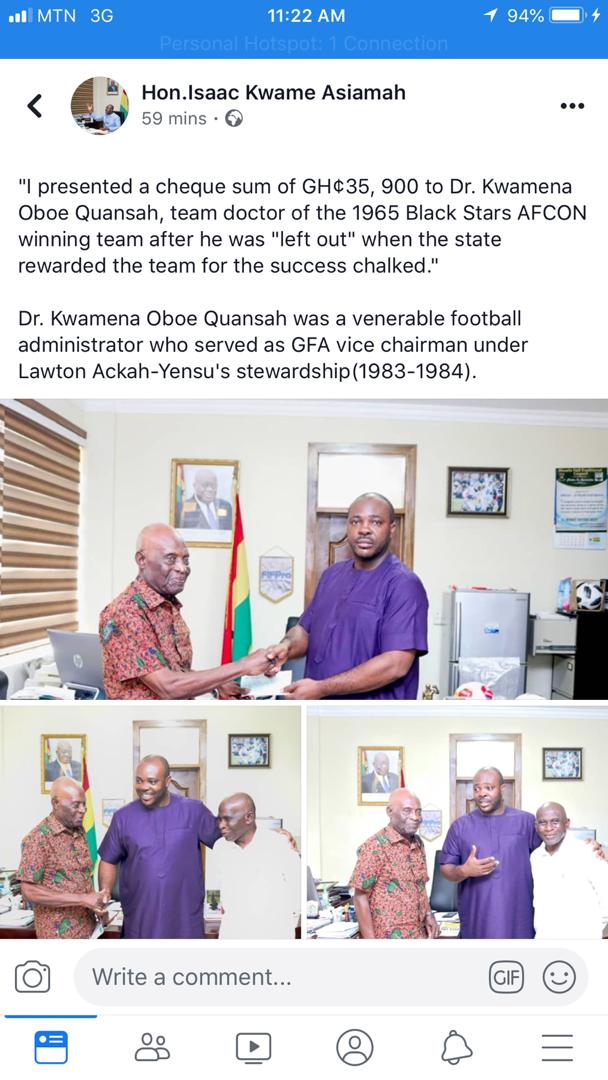