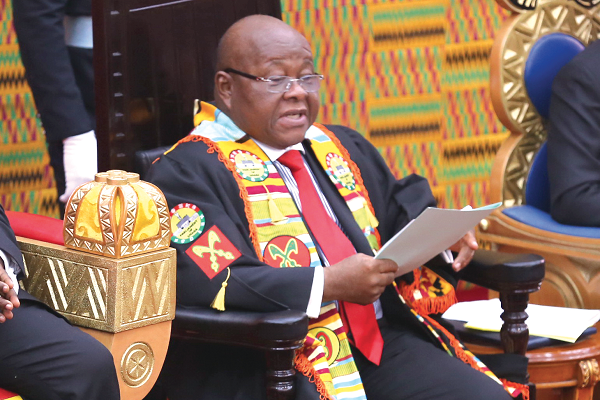 The speaker of Parliament prof Aaron Mike Oquaye has directed that the house comes back on the April 29, 2019, to consider the passage of the vigilantism bill.

The vigilantism and other related offences bill, 2019 will be taken through a certificate of urgency as determined by the committee on Constitution, legal and parliamentary affairs by a unanimous decision by both members of the majority and minority.

Presenting to Parliament, the report of the committee, Ben Abdalla who chairs the committee says that, the committee has duly considered the urgency or otherwise of the bill and determined by unanimous decision that the bill is of an urgent nature and may be taken through all the stages in one day in accordance with Article 106(13) of the construction and order 119 of the standing orders of parliament.

According to the chairman, the committee however recommends to the house to allow sufficient time to enable the committee to engage political parties, civil society organizations, security experts and other stakeholders to solicit their views and perspectives towards the enactment of a robust law to combat the menace.

He said the committee noted that the passage of the bill under certificate of urgency in Parliament is governed by article 106(13) of the standing the 1992, and orders 119 and 124 of Parliament.

“It says that when a committee of the house determines that a bill of an urgent nature, that bill need not to be gazetted at all before being laid in Parliament for passage. Rather, it is after the laying of that bill that gazetted publication may be made within 24 hours or soon thereafter under order 124 of the standing orders of the house”.