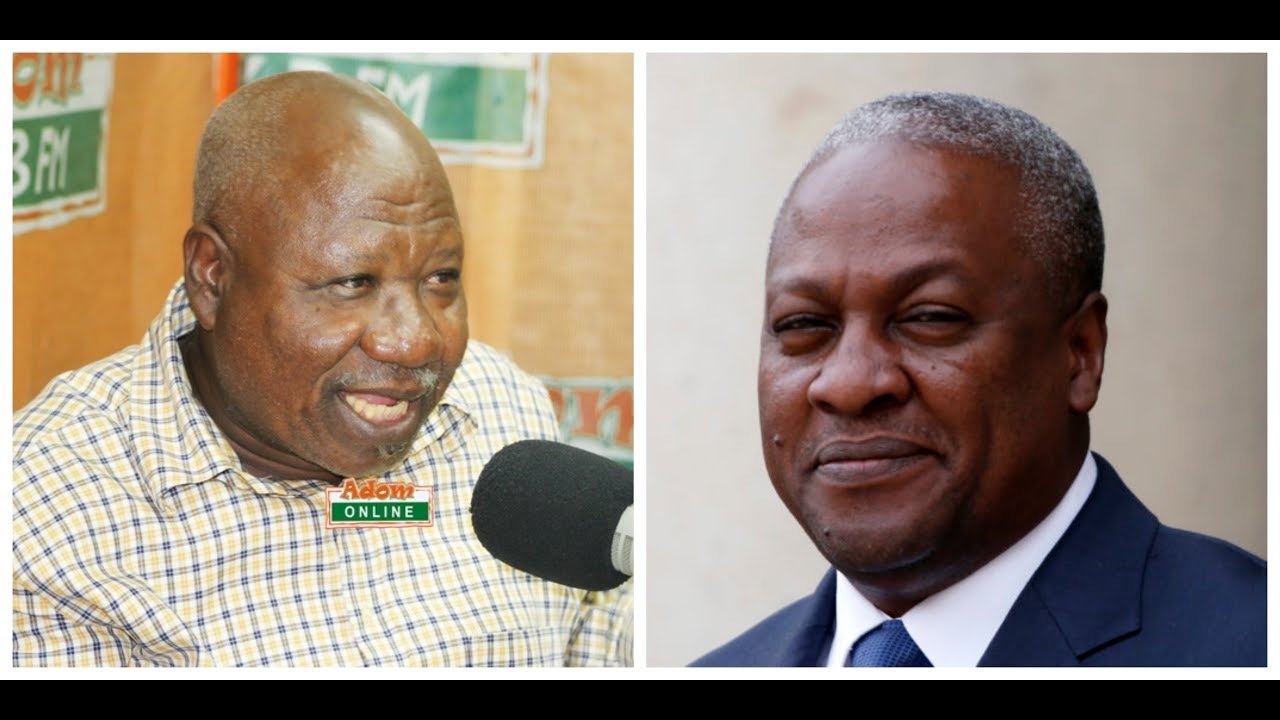 Former Central Regional Chairman of the opposition National Democratic Congress (NDC) Bernard Allottey Jacobs has warned the presidential candidate of the party, John Dramani Mahama to be mindful of stomach politicians and bootlickers who would want to indulge him for their selfish and parochial interests.

Mr. Allottey Jacobs who was speaking on Accra based Peace Fm Wednesday, February 27 2019, said there are currently some hardworking persons in the party who are working tirelessly for the former president including the former Chief of staff, Julius Debrah and spokesman for the John Mahama 2020 campaign, James Agyenim Boateng among others.

‘’The former president needs someone who can accommodate a lot of things and that person is Julius Debrah. He has done very well and has helped Mr. Mahama a great deal. These are the kind of people you will need in your opening session going forward. The services rendered by this selfless man are unmatched’’ he said.