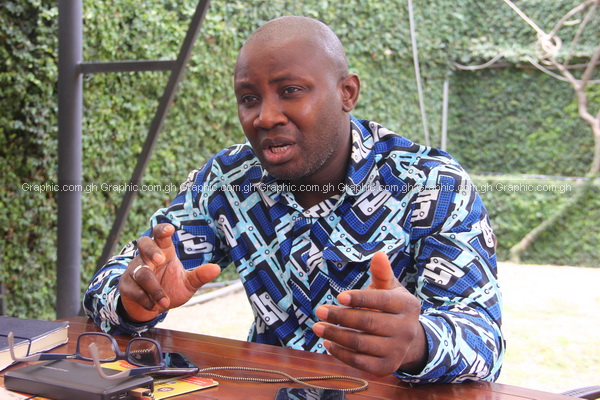 The National Coordinator of the Nation’s Builders Corps (NaBCo), Dr. Ibrahim Anyars, has dispelled suggestions by sections of the public, particularly the opposition NDC that the NaBCo initiative was a duplication of the Youth Employment Agency (YEA).

“The essence of NaBCo is to create employment opportunities for a particular group of people to tackle specific challenges in the public sector, it is different from anything that we have had in existence in this country. The whole essence of NaBCo is to make provisions for everyone with the qualification within a certain age bracket, whenever they exit the tertiary campuses.” he said.

Dr. Anyars also described the NaBCo initiative as a product of the visionary leadership of President Nana Addo Dankwa Akufo-Addo to curb the high rate of graduate unemployment in the country.

He said the programme is projected to generate some GHS2.9 million every month from the works of 350 NaBCo trainees in an average district.

According to him, a module like Enterprise Ghana with 12,000 trainees would amount to an investment of over GHS100 million annually to private sector enterprises through the NaBCo scheme.

Dr. Anyars was speaking at the passing out ceremony NABCO trainees in Accra on Wednesday, October 17, 2018.

He said the programme, developed to safeguard the integrity of the new graduate employment Scheme, was opened on an online application portal and received 146,968 applications from an initial interest through sign up of 175,000 tertiary graduates.

The NaBCo team, according to him, empanelled five public servants across all 254 districts who cumulatively interviewed 137,000 NaBCo applicants within a period of eight weeks.

He said in terms of regional ranking, the Ashanti recorded 34,909 applicants, Greater Accra followed with 31,809 with the Northern region with 19,807. The lowest figure was recorded in the Upper West region at 4,003.

As of Wednesday, the process had according to Dr. Anyars, received 93,382 confirmations of acceptance of selection, out of 99,811 selected applicants who started institutional placements from the very moment they were commissioned by the president.

“These statistics are real people; with personal stories of challenges and often dire narratives of their despondency as citizens eager to contribute to nation building,” he said.