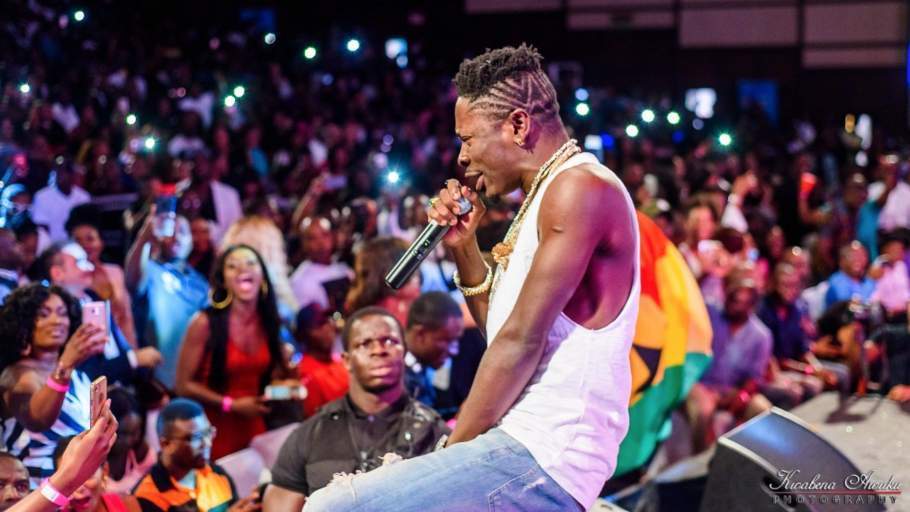 Self acclaimed Dancehall King, Shatta Wale has admonished his fans to be guided in their dealings with the police, particularly when it has to do with arrests on allegations of smoking marijuana.

According to him, anyone caught smoking weed must do the needful by begging the police and not unnecessarily engage them in any form of altercation, saying anything apart from begging is bound to land them in big trouble.

He confessed that anytime he is smoking weed and the police appear at the scene, he surrenders to them and tells them he is ok.

He added that because of his submission to the authority of the police, they have given him the leeway to continue to smoke.

The ‘My Level’ hitmaker who gave the advise during his performance at the ‘Loud in Bukom’ concert during the weekend also impressed upon his large following to emulate him, by being humble and respectful.