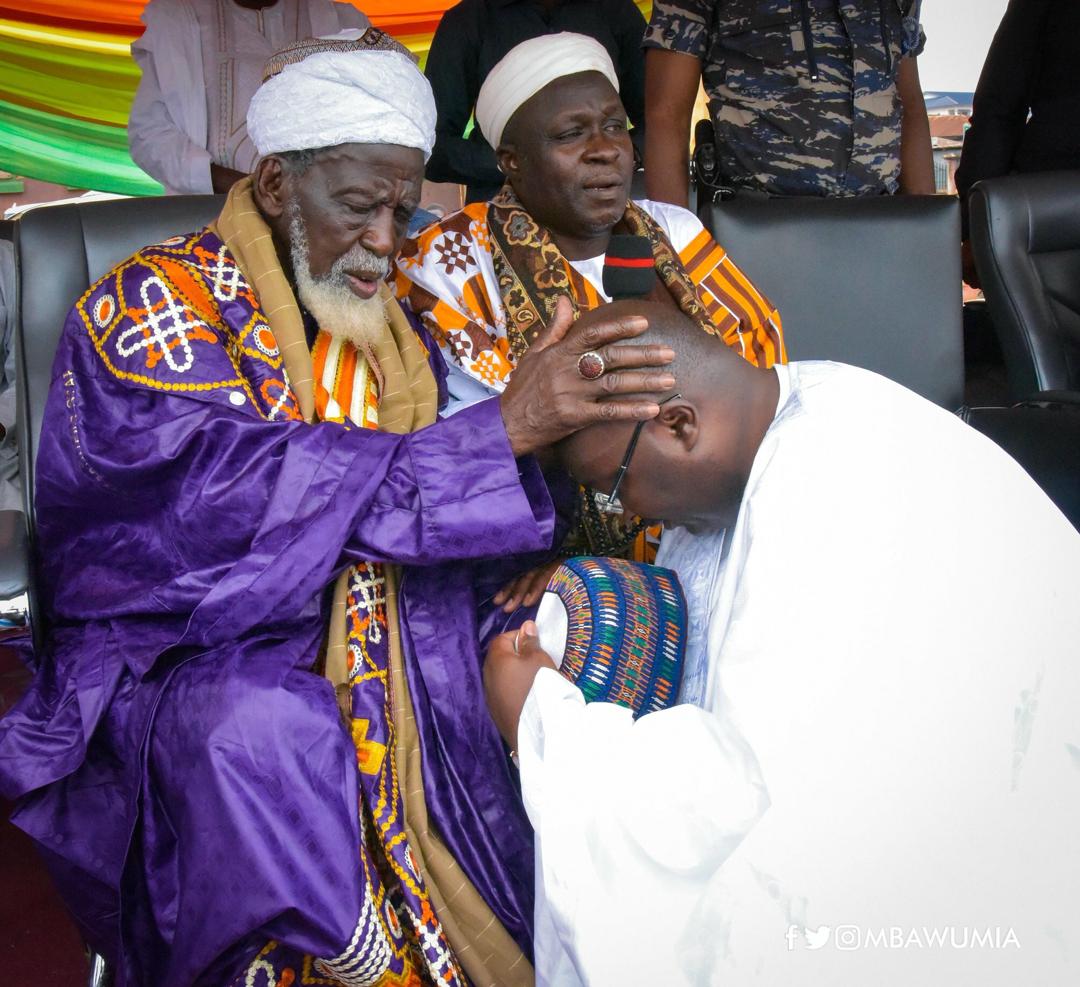 Vice President, Dr. Mahamudu Bawumia has admonished Zongo Youths across the country to spare no effort and mince no words in rejecting calls from any politician who recruits them to engage in any form of violence, to promote their political interests.

According him, such youth must be angry at this category of politicians, who relegate their children to the background and rather resort to using other people’s children for the evil deeds.

Vice President Bawumia who was speaking at the 51st anniversary celebration of the birth of Prophet Muhammad (SAW) by Sheikh Abdul Wadud in Kumasi on Sunday, March 10, 2019 expressed great worry that many of the people said to be engaged in political vigilantism and other anti-social behaviour are said to be drawn from the Zongo community.

‘’It is instructive that the politicians who encourage political vigilantism and recruit such persons do not involve their children in such activities, Vice President Bawumia pointed out, adding, They come to you and tell you to go and perpetuate violence and other acts while their own children are in school, doing good jobs or abroad working to better their lives. When these politicians come to you, ask them why they are not using their own children to do what they’re asking you to do’’ he said.

He warned that persons engaged in such activities would soon be found out and dealt with in accordance with the law as government and president Akufo-Addo has indicated a strong desire and resolve to crack down on political vigilantism.

Dr Bawumia indicated that government would continue to invest in policies and programmes designed to provide jobs and improve Ghana’s human capital, including the Free Senior High School programme, Planting for Food and Jobs, One Village One Dam, and the Nation Builders Corps (NABCO).

“Also, the government is set to undertake massive infrastructure development in the roads and other construction sectors this year, and this will create employment opportunities for many of our skilled and unskilled youth across the country, ” he added.

Vice President urged Muslim youth to be” positive ambassadors of our great religion by eschewing violence and intolerance. As I said earlier, under no circumstance should we allow ourselves to be used as destructive tools to perpetuate violence and all sorts of unacceptable acts.”