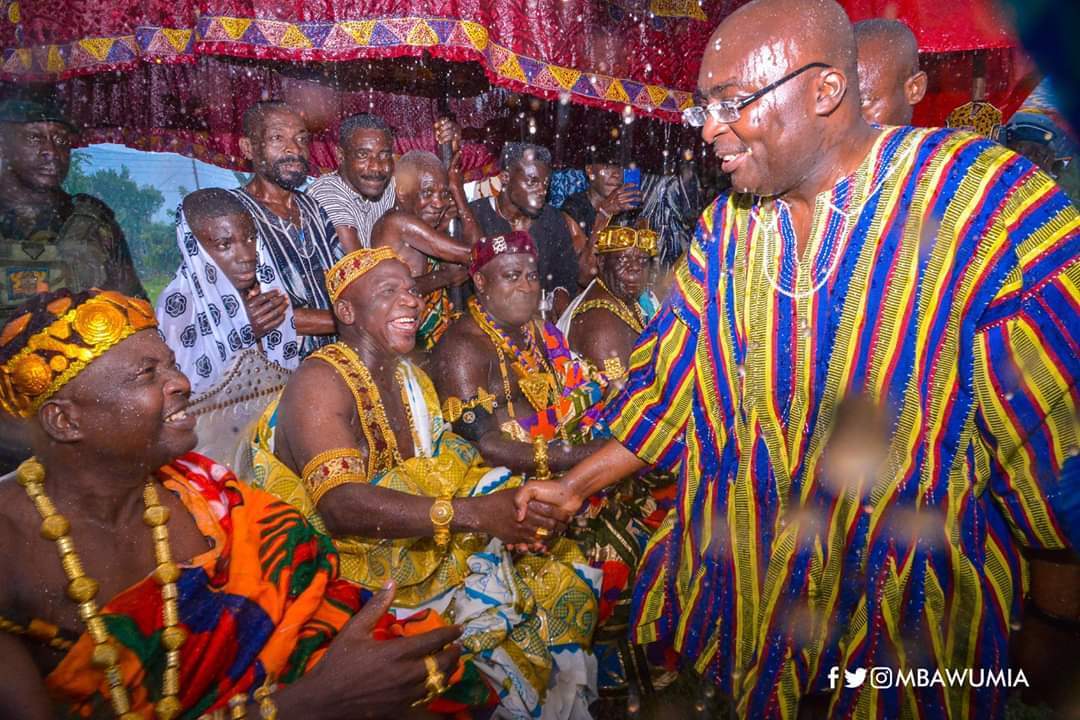 Vice President Dr Mahamudu Bawumia has become the talk of town at Akuapem Mampong in the Eastern region after he defied a “rainstorm” to grace the Ohum Festival Saturday evening, MyNewsGh.com reports.

The second gentleman is also enjoying praises on social media after photos of his rare gesture of humility went viral.

The Municipal Chief Executive for Akuapem North, Dennis Miracles Aboagye who accompanied the vice president to the durbar grounds posted on his Facebook wall thus, “Never in my Life, have I been this humbled, as I was in Mampong today…

It wasn’t just rain, it was a rainstorm and yet  he said “Oh MCE, let’s go”. For a moment, I was dumbfounded. H.E Dr. Mahamudu Bawumia is a perfect picture of EXCELLENT LEADERSHIP. OKUAPEMMAN is grateful sir. Slowly but steadily we shall Rise #OkuapemmanRising #HomeOfCourtesy”, sparking a lot of commendations for the Veep.

Dr Bawumia was captured soaked by rain waters in a colorful smock, exchanging pleasantries with chiefs and people of the Akuapem Mampong Tarditional Area.

On his official Facebook page, he said the Ohum Festival “was a celebration worth attending notwithstanding the rain” and that “the display of rich Ghanaian culture and tradition was very refreshing to observe”.

The photos had attracted thousands of reactions and comments at the time of filing this story.

He paid tribute to the two “major historic icons” from Mampong, Tetteh Quashie and Dr Oku Ampofo, by who’s singular efforts he said, have “made Ghana famous for its golden pod, long the backbone of our economy” and “brilliance and dedication led to the establishment of the Centre for plant medicine research which continues to affect the lives of many” respectively.

He further entreated the chiefs to rekindle the spirit of communal labour by working together with the local administrative authorities to rid our societies of filth. 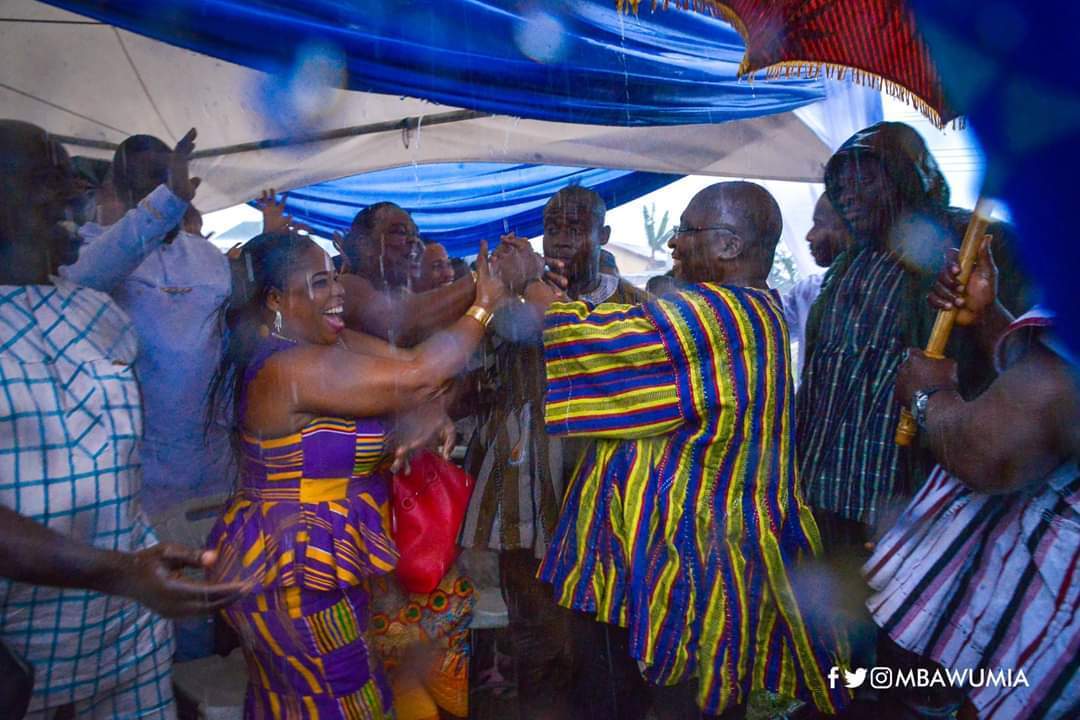