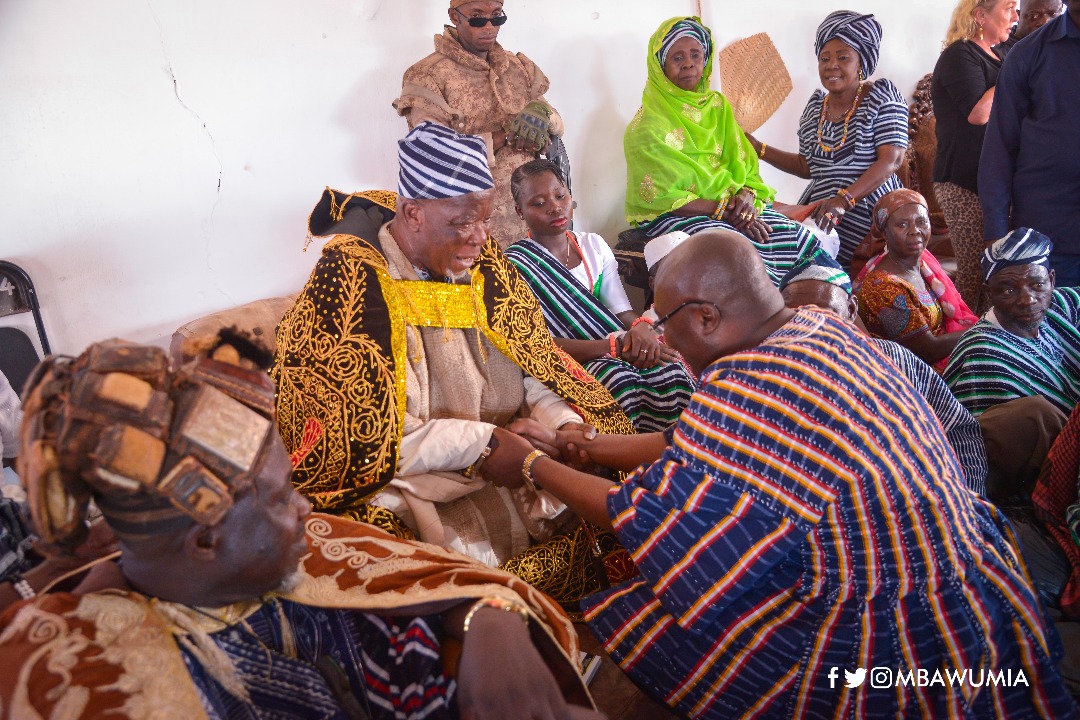 The Vice President, Dr. Mahamudu Bawumia yesterday, Saturday, December 8, 2018 joined the chiefs and people of Buipe in the Central Gonja District of the Northern Region to celebrate the 10th Anniversary of the enskinment of the Buipe Wura, Abdulai Jinapor II.

Speaking at the Durbar to commemorate the enskinment of the Buipewura, Vice President Bawumia reiterated government’s pledge to build a society anchored on fairness, decency and integrity.

He said ‘’we committed ourselves to serving our countrymen and women with dedication and honesty. The Government of President Nana Addo Dankwa Akufo-Addo is absolutely on course. We are systematically working to deliver on each of our promises.”

Congratulating Buipewura Jinapor II on the 10th anniversary of his enskinment, Vice President Bawumia stated his “admiration (for) the modernity Buipewura has brought to the chiefdom and the progressive role he is playing in the development of Northern Ghana.”

“I congratulate you very warmly on this historic feet, for your ten (10) years today, and I commend you Buipewura, even more, on your achievements.”

The Buipe skin is an important skin in Gonjaland. The Buipewura, both as the Vice President of the Gonja Traditional Council and the most important traditional lieutenant of the Yagbonwura, plays a key role in the affairs of Gonjaland.