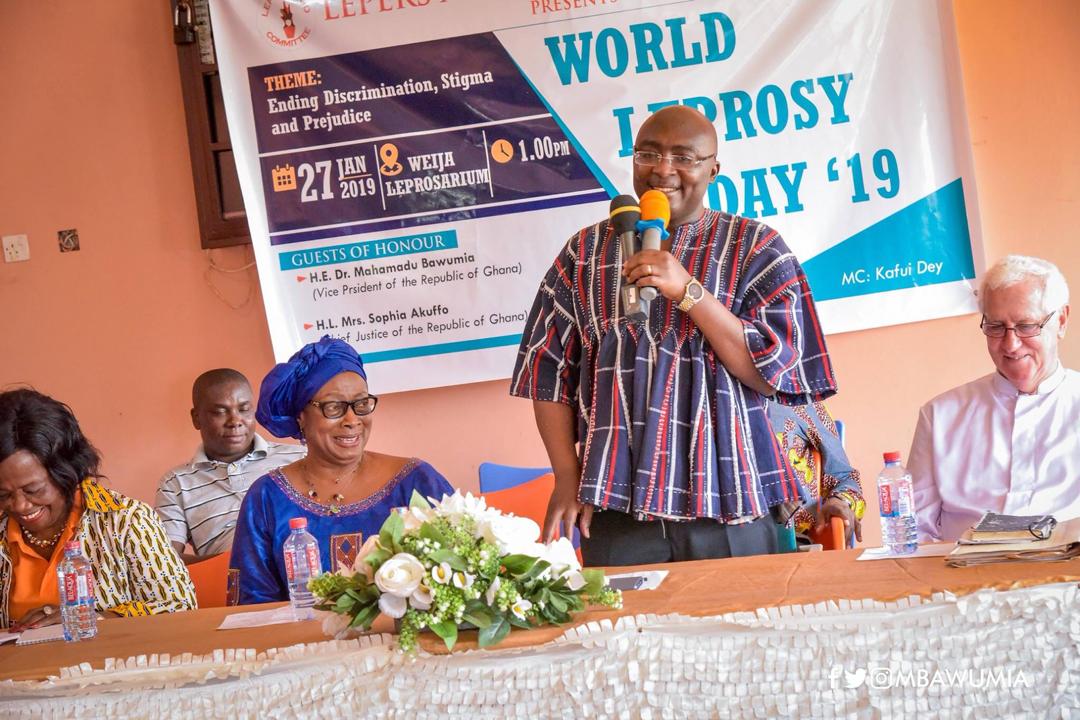 The Vice President, Dr. Mahamudu Bawumia is pushing for increased attention and care for people leaving with leprosy.

According to him, it is important that Ghanaians also desist from discriminating against such persons.

The Vice President was speaking at the 2019 World Leprosy Day commemoration on the theme ‘Ending discrimination, stigma and prejudice’, yesterday, Sunday, January 27, 2019.

“Discriminating against people who have suffered leprosy is not Godly and therefore we should all desist from that” Dr. Bawumia said.

The Vice President was joined on the occasion by the Chief Justice, Her Ladyship, Sophia Akufo and the president of the Lepers Aid Committee, Rev. Fr. Andrew Campbell as well as cured lepers from the Weija leprosarium.

The Vice president who has offered to be one of the patrons of the Lepers Aid Committee late last year together with his wife the Second Lady, Hajia Samira Bawumia organized a get-together for scores of lepers at their residence during which he called for an end to discrimination and stigmatization. 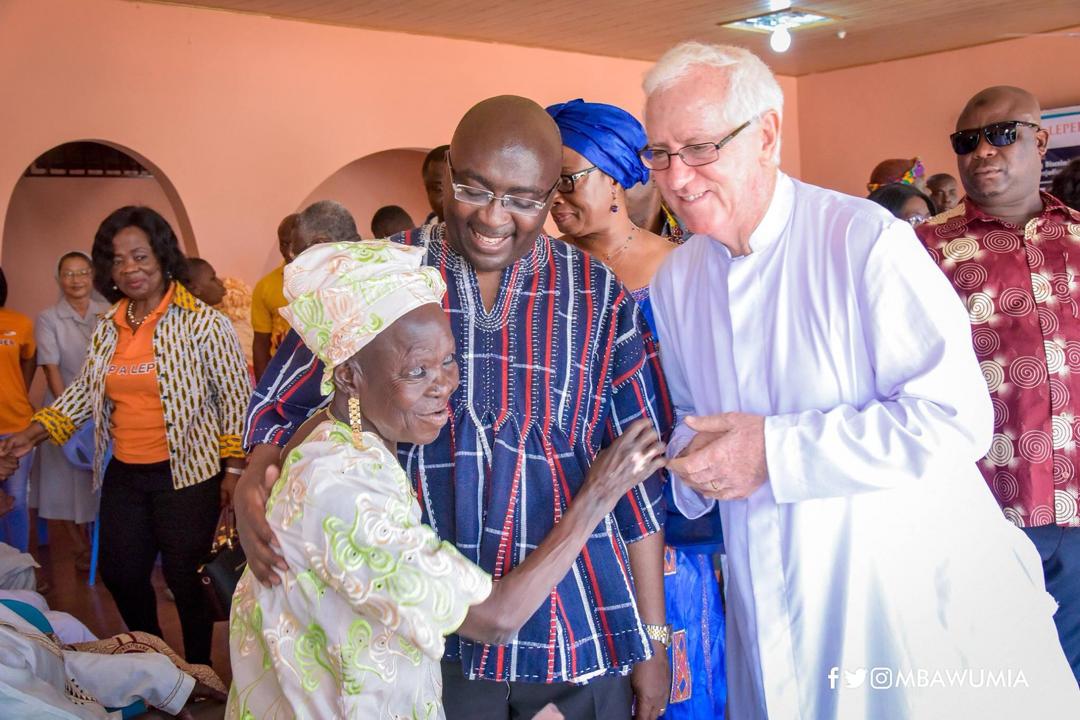