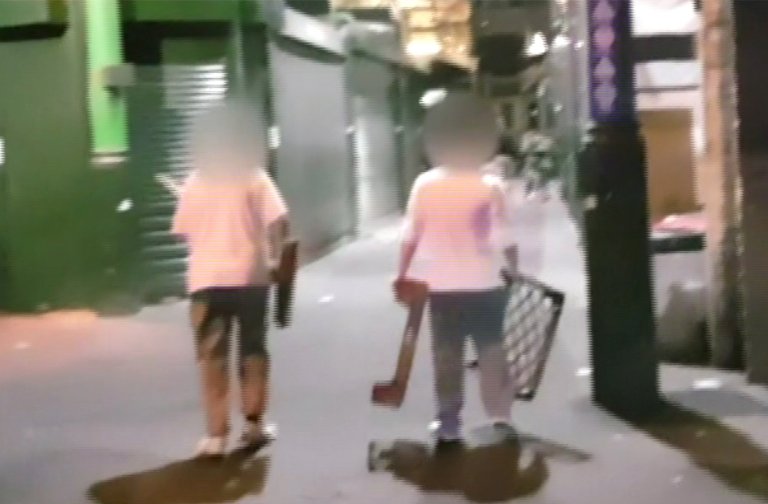 Armed with cooling trays and a broom stick, this is the moment two bakers helped police chase off terrorists during the London Bridge attack. They planned to distract the killers and ran towards the danger while cameraman Paul Clark shouts ‘stay there’. Their heroics came as other footage showed unarmed police officers also running to Khuram Shazad Butt, Rachid Redouane and Youssef Zaghba to draw them away from more people.

PC Bartek Tchorzewski and PC Sam Balfour had just finished their shift but realised a terror attack was underway so responded to calls for assistance. All they had were batons and handcuffs as they arrived at Borough Market to scenes of carnage.

The terrorists were covered in blood and had taped knives to their hands and strapped fake suicide vests across themselves, but PC Tchorzewski ran within two metres of them in an attempt to distract them and save innocent people.

Speaking at an inquest at the Old Bailey PC Balfour said: ‘They were already stood there, three of them stood in a line holding knives. One of them was raising it above his head. ‘They were shouting at us straight away. I drew my baton and got on the radio to tell everyone where they were.’ PC Tchorzewski added: ‘Assume the worst and you try to think what you may encounter and what we will do but to be honest nothing can prepare you for that. ‘No briefings… to face something like that in real life, it’s a totally different experience.’ On arriving in Bedale Street, they found a man lying face down with multiple stab injuries being given first aid. PC Balfour went on: ‘Someone shouted “they’ve got bombs” so although I do not remember looking at their bomb vests I was very aware that was something they had.’ 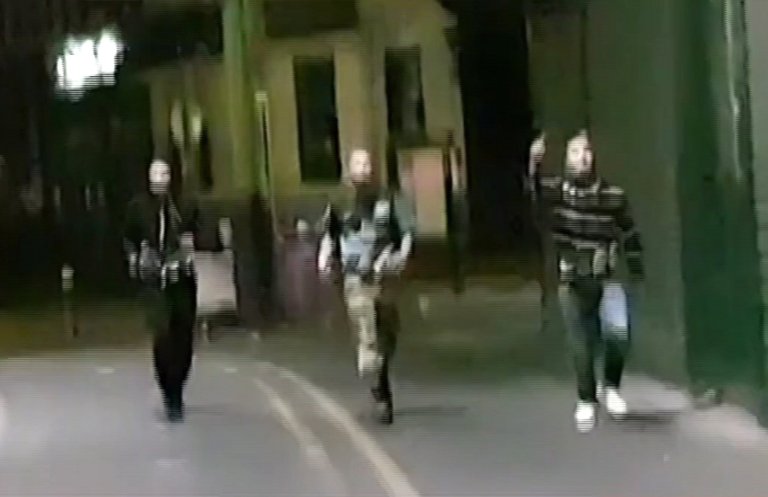 His colleague added: ‘I was focused on that vest. Then we straight away see he has got a vest or suicide belt with three cylinders attached to it. ‘ ‘Just before they started to go towards us there was a brief amount of pause. That kind of second can stretch into eternity.’ PC Balfour added: ‘I was just thinking we needed to circulate where they are. It’s no good not having any eyes on them so we followed them back into the market down Middle Road, not quite sure where they have gone. ‘I was quite aware walking down they could spring out at us at any second.’

PC Tchorzewski described how they ran and ‘sneaked round corners’ as they followed the attackers, shouting at oblivious members of the public to run. When armed police arrived and opened fire, PC Balfour dived out of the way and considered himself ‘lucky’ he was not shot or hit by shrapnel. He said: ‘I remember thinking “that’s a close one”. I started shouting at members of the public to stop filming and to get away, get somewhere safe.’ The pair described a ‘sea of blue light’ with victims and walking wounded around the popular tourist spot.

PC Tchorzewski said: ‘You just see victims everywhere and you can see the scale of this attack. Then I walked past the van they used and I saw Molotov cocktails. ‘You don’t become a police officer thinking you may come across a terrorist attack. It’s weird to say the least.’ The three attackers were eventually cornered and shot dead by police. An inquest into their deaths deemed they were lawfully killed by officers.  The Prime Minister and the Met Police Commissioner both commended the actions of PC Tchorzewski, 36, and PC Balfour, 25, who were given the Queen’s Police Medal for their distinguished service. 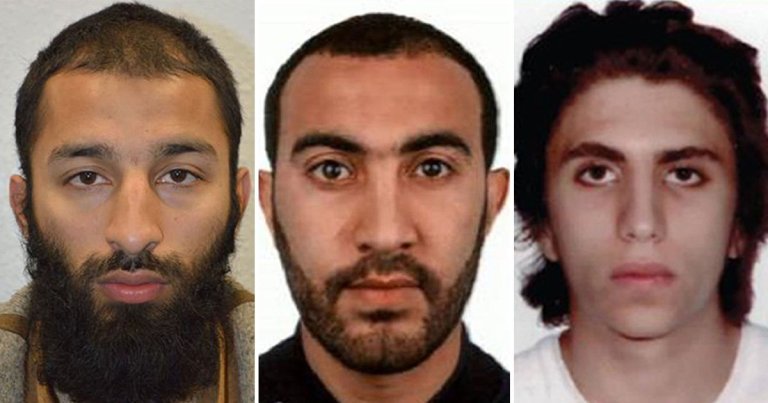