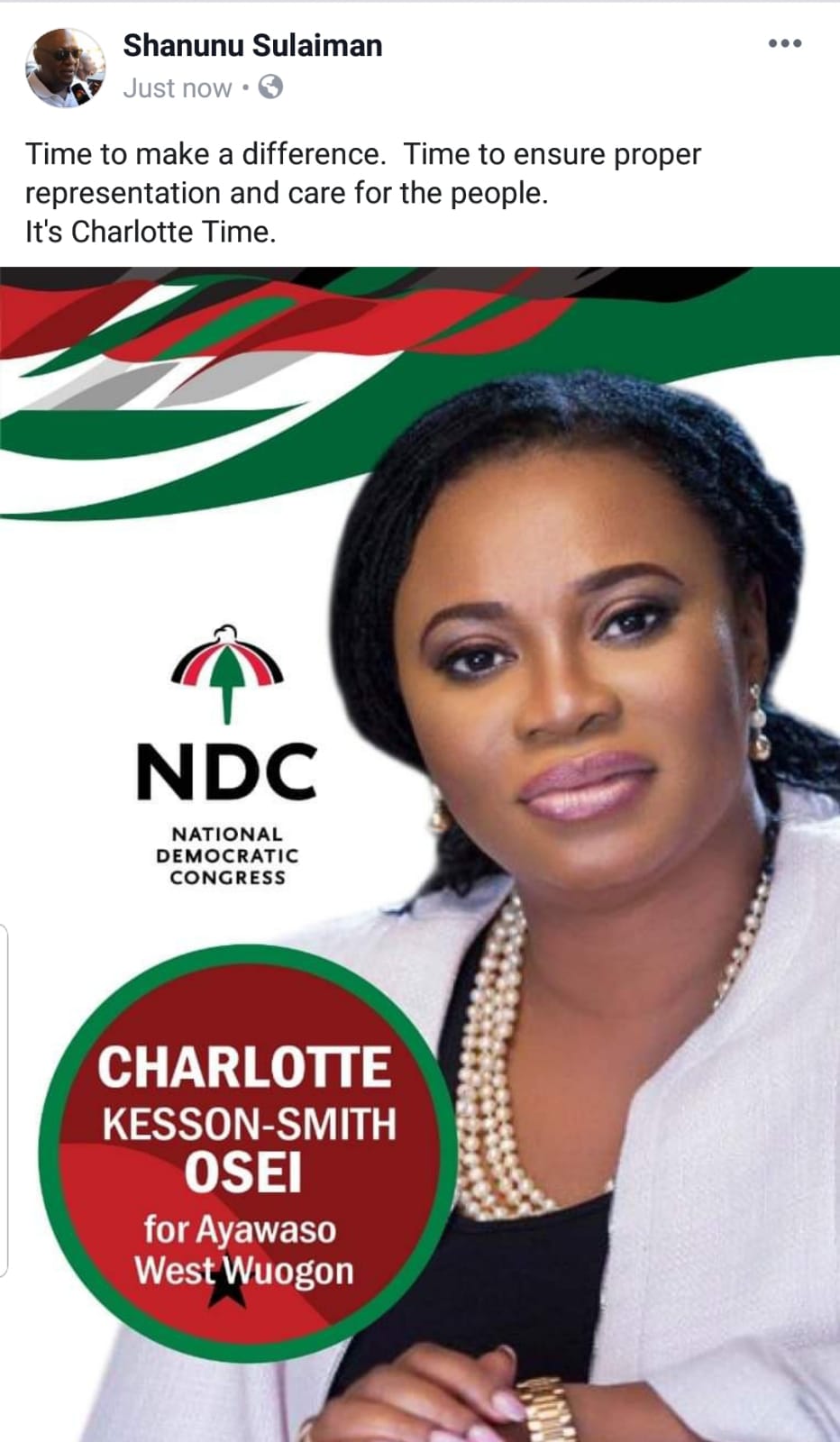 A poster of former Chairperson of the Electoral Commission, Charlotte Osei has popped, projecting her as the opposition National Democratic Congress (NDC) parliamentary candidate for the Ayawaso West Wuogon Constituency by-election, which date is yet to be announced by the electoral commission.

One Shanunu Sulaiman who posted the poster on his Facebook page wrote ‘’time to make a difference. Time to ensure proper representation and care for the people. Its Charlotte’s time’’.

It is unclear if the former electoral commission boss is aware of the campaign being waged on her behalf or has formally made her intentions to contest the seat known to the NDC.

The Ayawaso West Wuogon seat has been rendered vacant following the passing of the ruling New Patriotic Party (NPP) Member of Parliament for the area, Emmanuel Kyeremanteng Agyarko who died a few weeks ago in the United States of America while seeking treatment for an ailment.

The ruling NPP is yet to settle on a candidate to run in the impending by-election.

The party leadership has indicated it is working at arriving at a consensus candidate.