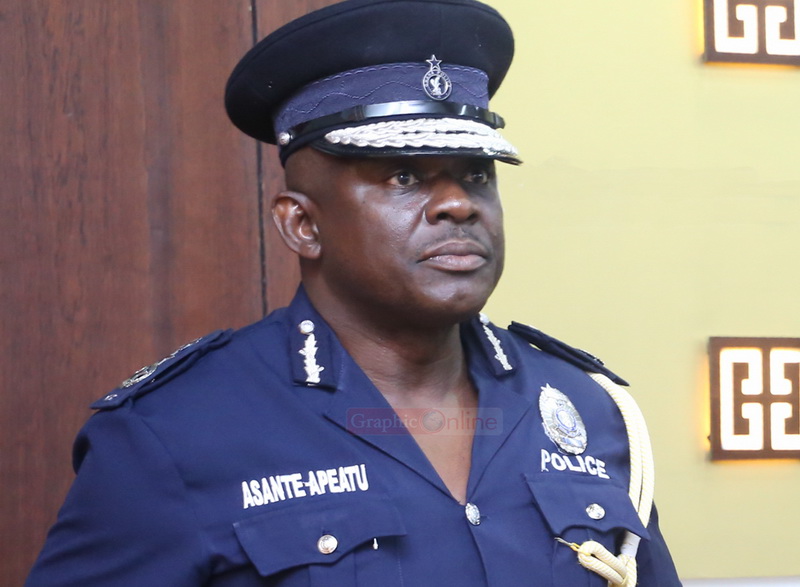 The Police administration says it has arrested one suspect in connection with the attack on Rev. Isaac Owusu Bempah’s church, Glorious Word and Power Ministries International.

A press release issued by the police and signed by Assistant Commissioner of Police (ACP) David Eklu who is also the Director of Public Affairs of the Ghana Police Service said the suspect was arrested by the Accra Regional Police at Odorkor to assist in investigations.

According to the release, the Criminal Investigations Department (CID) at the police headquarters has taken over the matter and that the suspect has since been granted bail.

‘’Meanwhile the police Administration has observed with concern, the worrying trend of prophesies made by religious persons about the death of certain individuals which has the tendency to of breaching public peace and causing fear and panic in the country’’ the statement added.

See below the press release as issued by the police. 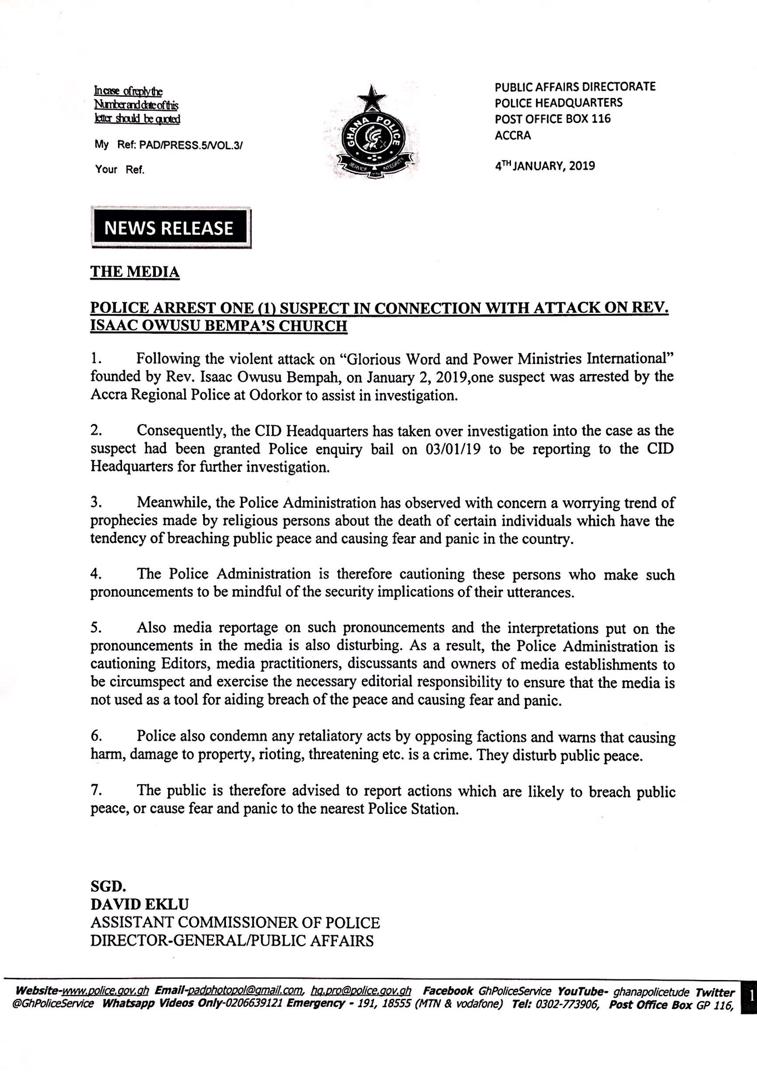