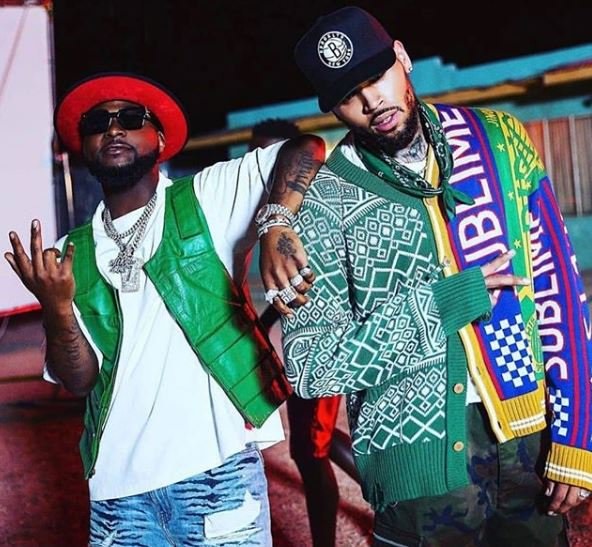 Nigerian Music sensation Davido has indicated the willingness of American singer, Chris Brown to be on his train as one of the groomsmen.

The move comes as plans for the much talked about wedding between the pop star and his long time girlfriend Chioma inches closer.

Davido took to his twitter page to announce the fact that Chris had asked to be part of the groomsmen.

According to Davido, ‘‘Chris say he wan Dey my train oooo. Imagine Chris in attire’’

Just last week, the ‘Dami Duro’ crooner finally gave his heartthrob Chioma the assurance he had promised her by proposing to her.

The DMW boss also took to his Social media page to announce that Chioma is pregnant and due for a baby very soon. 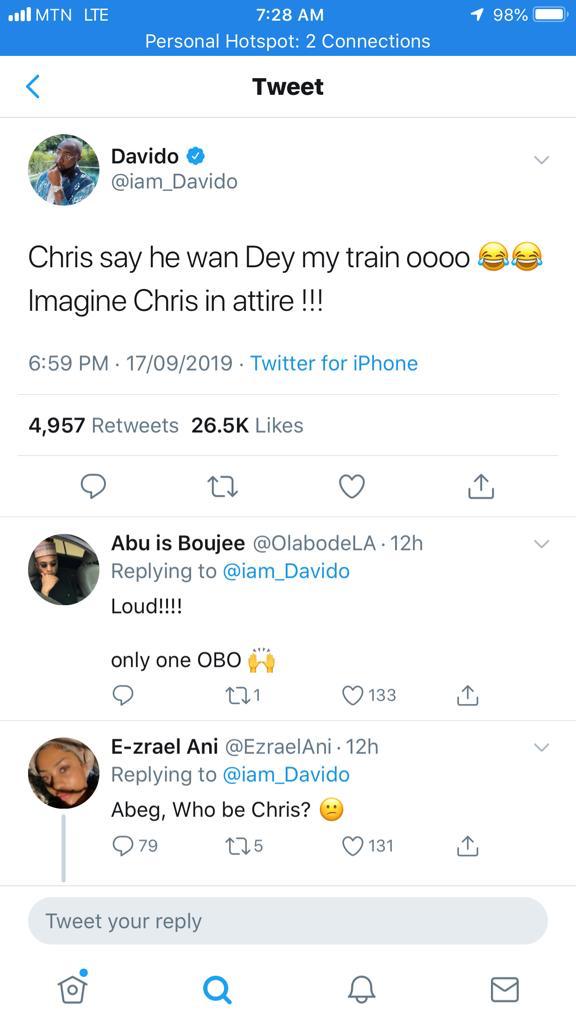