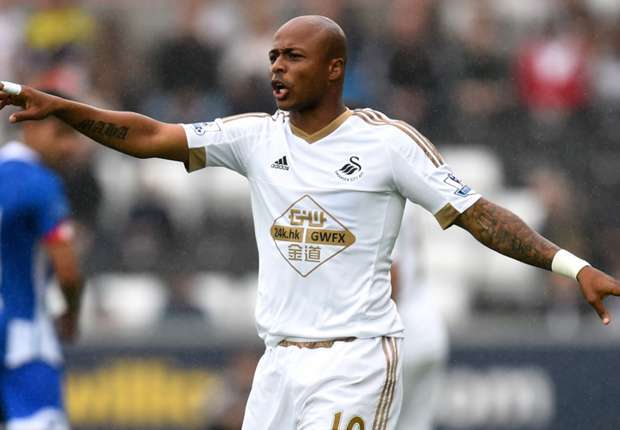 Yah Screen, Communications Director of Association of Global Prostitutes has on behalf of her group has congratulated Andre Ayew as the new skipper for the Black Stars.

The Swansea City forward was confirmed as the new captain of the senior national team the Black Stars ahead of this year’s Africa Cup of Nations in Egypt this summer.

Speaking to Accra based Asempa FM, she said, “Let me use this opportunity to congratulate our new captain Dede Ayew. I am very happy for him because we work with them” she confirmed.

“We work hand in hand with them when they go to tournaments. I can’t mention names but I’m happy that Dede has been chosen as the new captain. We are in Ghana, they know us and we also know them, we talk to them about our business”.

“If they are in camp, we speak with them regularly to know what they are going through. Sometimes, some of them need us to have fun with them”.

It will be recalled that the Black Star players have been accused of bringing prostitutes to camp anytime they are on national assignments. But these stories were debunked by GFA officials.

But now, the Association of Global Prostitutes has finally confirmed it, clearly showing that all those gossips were true. As the saying goes “In every rumour, there is an iota of truth in it.”

Ghana will officially begin camping on June 1 in Abu Dhabi and will be South Africa and Namibia before the jet off to Egypt.

The Black Stars have been charged to end country’s 37 years trophyless jinx in Egypt.