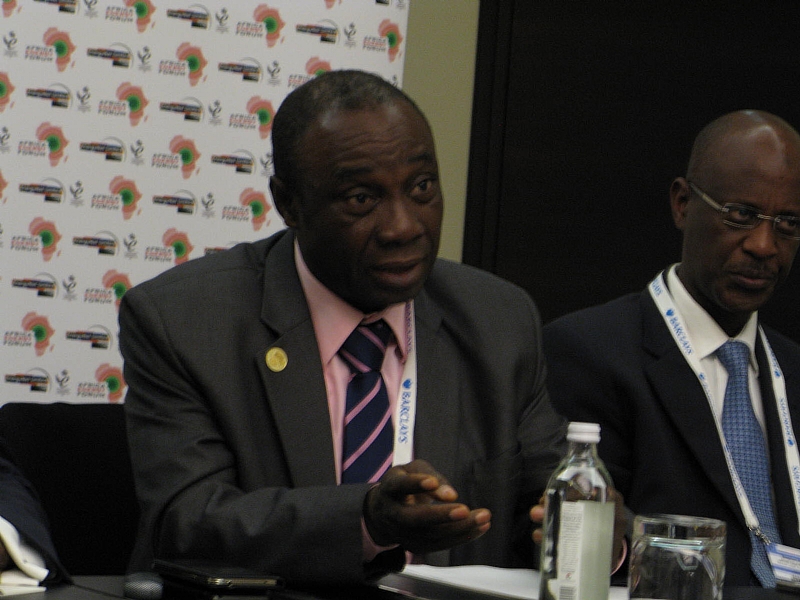 Former energy Minister in the erstwhile National Democratic Congress (NDC) administration, Dr. Kwabena Donkr has jumped to the defense of the Ashanti Regional Minister, Simon Osei Mensah, saying an audio recording purported to be the voice of the Minister is fake.

The opposition NDC Member of Parliament for Pru East in the Brong Ahafo region has laid credence to the position of the regional Minister that the tape is a total fabrication to run him down.

Dr. Donkor took to social media to voice his disagreement on the authenticity of the audio recording and wrote: ‘’this is fake. It is not the voice of the regional minister. Politics of deceit and deception, whether against us or for us is unacceptable and diminishes us as a people. We have enough real issues against the elephant family without descending to the gutter’’

An audio which has since gone viral on social media had a voice purported to be that of the Ashanti regional Minister, lampooning the deputy national organizer of the NDC, Joshua Akamba for his recent engagement with students of the Tempane Senior High School on the free SHS policy, virtually inciting the students against the policy and government.

The voice also denigrated all northerners calling them names and people who are inferior, but the Minister has since distanced himself from the said audio and has pleaded innocent.