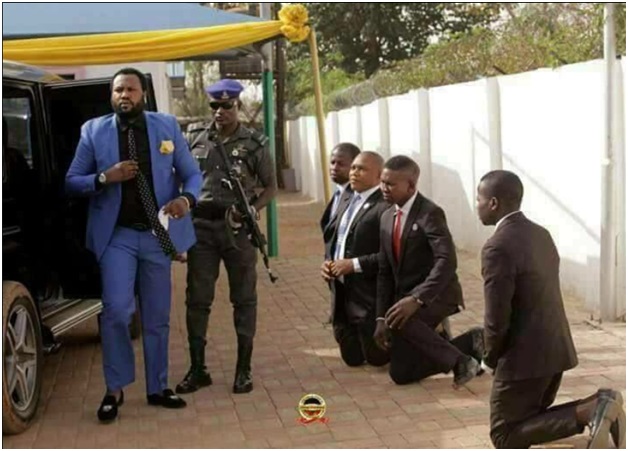 Founder and president of the Worldwide Miracle Outreach, Rev. Dr. Lawrence Tetteh has justified the need for pastors to keep bodyguards, insisting that it is for their own safety and protection.

According to him, the Bible extols men to be as wise as serpents and harmless as doves, quoting from Mathew Chapter 10 verse 16 which states ‘behold I send you forth as sheep in the midst of wolves, be ye therefore wise as serpents and harmless as doves’, adding that any man of God worth his salt and having had exposure and doesn’t protect himself by employing the services of bodyguards is not wise.

The revered man of God who is also an international evangelist said times have changed and that it has become imperative and expedient for men of God or bearers of the Gospel of Christ to be extra vigilant as they attract many enemies to themselves by virtue of the work they have chosen to do.

Narrating several instances in which he was attacked while preaching and teaching the gospel of Christ, Dr. Lawrence Tetteh said he has had an instance where an aggressor slapped him in church while he was on the podium preaching.

‘’ I have realised that when you become a public figure, you are exposed and anybody at all can have an attack on you. I have had the issue of even somebody coming to slap me in church. I was preaching and somebody came and slapped me in right in the church. I was preaching in the church of Pentecost, Darkuman and somebody came and said why did I say only Jesus is Lord. He comes from another religion and that I shouldn’t have said that. He chased with a cutlass. Another time I was preaching in the Methodist Church of Ghana, Mount Olivet was holding a big crusade, at that time Bishop of the Methodist Church was Bishop Osabutey, he was there with me at the Dansoman Park where the crusade was taking place and gentle just walked to the platform and attempted to beat me on the platform. But for the ushers and myself that had to defend myself, anything could have happened. So the more blessed you are and the more exposed you are, it is just wise for you to be cautious ’’ he told Accra based Top Fm and monitored by BestNewsGH.com

The flamboyant lifestyle of some pastors in the country has opened the clergy up for condemnation by sections of the public who accuse them of fleecing their mostly poor congregants and church members of their little earnings and savings, at the detriment of the poor church members.

Mostly these pastors are usually seen with several bodyguards and driving very expensive cars, some custom made, in convoys.

Things have even degenerated to the level where pastors now compete with each other on who owns the latest car or whose car has better specifications among others.